M&M's Announces They're Putting the Candy on an, "Indefinite," Hiatus in an Obvious Marketing Stunt 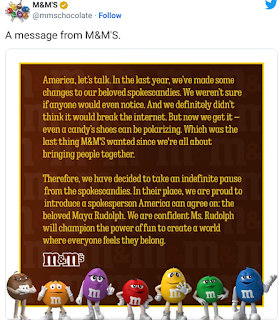 M&M's put out a social media announcing how they never expected the little tweaks they kept making to their candies would cause controversy (wink), and therefore will be discontinuing using candy mascots and have Maya Rudolph represent the brand instead. First off, I like Maya Rudolph so I have zero beef with her over this. To Mars Wrigley, the owner of the M&M's brand, I simply say, "Really? We're going to be this silly?"

Mars Wrigley knows what it is doing. They gave the green M&M sneakers and certain people freaked out over a piece of candy looking less sexy. It was absurd. Then they did a bag with only the, "Girl," M&M's represented (green, brown, and now there's a yellow candy too). A bunch of people protested it as being some kind of political move to appear, "Woke," while M&M's laughed all the way to the bank about the free controversy. Suddenly, M&M's is super worried about looking controversial so they will stop using spokes candy and have Maya Rudolph represent the brand, like in a big Super Bowl commercial. Surely that commercial won't reveal this was all a marketing stunt (like the death and rebirth of Mr. Peanut if folks recall that fiasco). 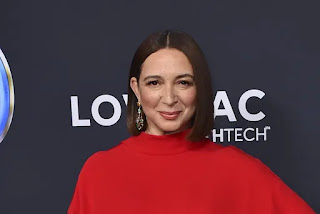 A bunch of news websites seem to be reporting this as if it's an actual straight-faced story. Thankfully, some folks see this as the trickery it most likely is. Perhaps I'm cynical and M&M's really doesn't want to cause controversy anymore, but I'm thinking this is all a crafty ploy to get more press for the brand and do a zany Super Bowl ad. Should I be wrong, I'll gladly admit it...but I'm probably right. As James Dator observes, "This is so transparently laying the groundwork for their Super Bowl commercial it defies belief." Well said, and yet folks believe it.