I Wonder What Could Have Been With the Donny Cates and Ryan Ottley's, "Hulk," Run 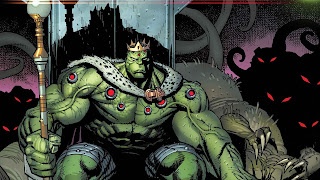 One thing to get out of the way is how "Immortal Hulk," was an amazing comic and whatever came after it was sure to fail to measure up. Still, when it was announced Donny Cates would be writing a new, "Hulk," comic and Ryan Ottley would illustrate it, that gave me hope we would get something cool and different from, "Immortal Hulk," even if it wouldn't be as magical. Then the, "Hulk," comic started and it was pretty cool and zany! It crossed over with the, "Thor," comic Cates had been writing for a while and then...was really delayed. Super delayed. Suddenly fill-writers seemed to become permanent on, "Thor," and, "Hulk," with Ottley taking over the writing and drawing. At some point, Marvel decided it was better to just outright cancel the comic than retool it because after it became apparent Cates was gone and Ottley was going to be done too. Therefore, the whole thing will end with issue #14. It's like someone suddenly yelled, "Shut it down," and the series with its Titan Hulk and other fun weirdness went kaput.

There have been ample rumors about why Donny Cates has seemed to quit all his Marvel series as of late. More optimistic theories are that he is working on something big for Marvel--possibly with Greg Capullo. Some people think he had some kind of emotional breakdown for one reason or another. He has confirmed he is single and went through a divorce and needed a break due to various life events. I honestly don't know what Cates did or did not go through but as a fan of his work wish him the best. If it turns out he is doing something really snazzy like bringing back the Ultimate Universe or such I will be pleased, and if he simply needs to take time for his mental health and do a few creator-owned series and chill, I'm happy for him as well. I just wonder what could have been with his and Ottley's run on, "Hulk," if everything had continued as initially planned. 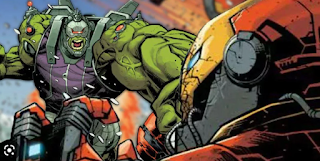 Ottley has expressed he'll be moving back to shorter runs on various creator-owned series as after doing, "Invincible," a long time and now abbreviated, "Hulk," run he wants to dabble in various titles briefly as opposed to spending all his time on a single book. Cates is mostly radio silent about future plans with his comics but will probably share more when he is ready. It's just a bummer.