They Really Meme'd the, "Morbius," Movie Back Into Theaters. It Didn't Help 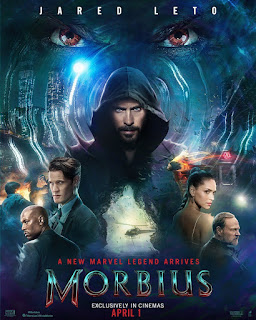 Memes do not mean a movie will be a hit. Sometimes memes help a movie and more people see it, like that, "Birdbox," movie on Netflix. Sometimes memes don't help a flick get more viewers in theaters or at home--just Google the debacle that became, "Snakes on a Plane." This leads me to discuss how, "Moribus," was received lukewarmly at the box office, but has since then become a popular meme. People say things like, "It's Morbin' time," and watch clips of the movie (or somewhat illegally the whole movie) on Twitch together. Everyone is making fun of, "Morbius," and laughing at it, but Sony thought maybe people were laughing with it. Sony put, "Moribus," back into theaters and it didn't do that well in the company's effort to take advantage of the meme-popularity and make it a cult hit or something.

Memes do not a successful movie make. Perhaps, "Birdbox," is a bit of an exception, but people could see that for free in their homes in 2018 (as long as they had Netflix) and didn't have to go to theaters in a pre-pandemic era. I have not seen, "Moribus," but I've heard it is perfectly fine in a mediocre way. I don't know why a generic flick has inspired so many memes, but let's quit assuming memes lead to dollars at the box office.

Posted by David Charles Bitterbaum at 11:55 AM