The Long Days of June!

I think it has been a bit since I did a post where I gathered up interesting bits of news and shared them with you, my dear readers. Let's rectify that now and enjoy some links as we prepare to kick off Summer this upcoming June 21st (or if you're in the Southern Hemisphere, you start Winter).

News and Things to Learn About 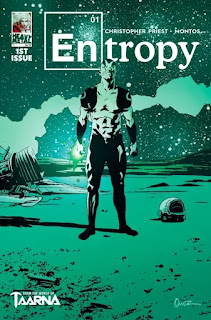 Christopher Priest is a fantastic writer who has created a ton of great stuff over the decades. A recent superb run of his was on, "Deathstroke," and he's currently doing a bunch of, "Vampirella," related comics that made me interested in the character for the first time ever. He'll be writing a new, "Black Adam," comic coming out very soon in addition to a surreal-sounding comic titled, "Entropy," published by Heavy Metal. It takes place in the Heavy Metal comic universe of, "Taarna," and features the origin of a new villain, but I'm just excited because I enjoy almost anything Priest creates.

"Jurassic World: Dominion," received lukewarm-to-awful reviews, but it still is a movie with dinosaurs so it is raking in the cash. I'll see it with my brother-in-law sometime soon and as long as it's moderately entertaining I'll be happy.

Ever since Marvel aligned itself with Penguin Random House as the main distributor of its comics there have been concerns over the packaging. Apparently, changes are being made to help keep the comics a bit safer. I mean, less ruined comics would be good. 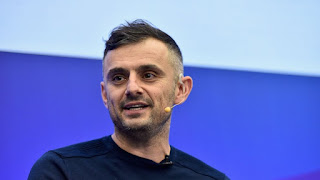 Cryptocurrency/NFTs are faltering, but influencer/lifestyle guru Gary Vaynerchuk’s NFT should succeed thanks to it involving him, as he tells it. I'd never heard of him, but apparently, he has quite the fanbase that might make any project he does fruitful, even (*shudder*) Crytpo.

In movie news that involves a video-game, the creative team behind, "Cobra Kai," are making a, "Duke Nukem," movie. I could see this actually working if it is really self-aware and meta as Duke Nukem's character is...well, not so much a character as a stereotype of a sexist jerk who says random movie quotes he stole.

In video-game news that draws from a movie, "The Thing," was a fantastic movie with a game that tried to be great but just couldn't achieve it's lofty goals. Patrick Klepek, of Vice, wrote about the game on its 20th anniversary (and the movie is now 40 years old, which is just wild).

Let's Have a Great Summer!

I hope everyone can have a great Summer season (or, again, if they're in the Southern part of the World they have a great Winter)! Now get out there and have some Summer fun!