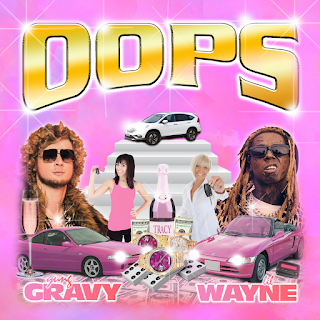 Years ago I would do freestyle raps with friends. I came up with a rap for the Marry Poppin's phrase, "Supercalifragilisticexpialidocious." My rap went, "Supercalifragilisticexpialidocious, you rhymes be atrocious, my rhymes be that dope ish," with me saying, "Ish," instead of, "Shit," to keep the rhymes family-friendly. I tried not to swear much in my own raps. Anyways, I never had heard anyone rap with that long word in my life, but now it has happened! It happens in the song, "Oops!!!," which does have three exclamation marks, that is not a typo. Listen to it here.

The song features a gentleman named, "Yung Gravy," and features Lil Wayne. The first lyric is in fact, "Ayy, Supercalifragilisticexpiali dope shit. Supercalifragilis, my ex be on some ho shit." Yung Gravy and I must be on the same wavelength because we both took an old song Julie Andrews gifted the World with as Marry Poppins and made it a rap. I tip my hat to you, Yung Gravy, for your creativity.