Finally, a New, "Moon Knight," Comic May Be Coming 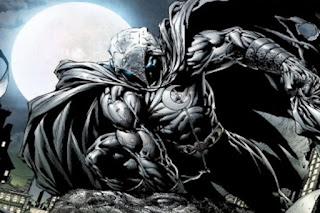 While Bleeding Cool isn't exactly the most reliable website, they are better than the pure clickbait ones and sometimes their rumors pan out. I am hoping the, "Scoop," they claim they have about a new, "Moon Knight," comic in July is true! Apparently, it may be written by Jed Mackay with art by Alessandro Cappuccio. Whether it is good or terrible I'll read it, but I'm obviously hoping it'll be good.

I've liked Jed's stuff on the current, "Black Cat," comic and Cappuccio has done some cool stuff on an assortment of titles as well, so it sounds promising. I'm eager for anything new with Moon Knight after him not having a solo title for a while and his only recent thing being having that appearance in Jason Aaron's run on, "Avengers," that could be described as...odd. I look forward to an official announcement!