During the holidays, my friends Tyler and Hope gifted me a three-month subscription to the record subscription service known as VNYL. You tell VNYL what you like and then someone selects some records it is thought you'll find cool. As someone who loves vinyl, cassettes, and the like, I was excited to try VNYL out. I filled everything out in January and then it told me my first package would ship in February. Well, my package arrived yesterday and I eagerly tore it open. Inside was a nice note and a cute music-themed crossword puzzle as well as three records. Observe: 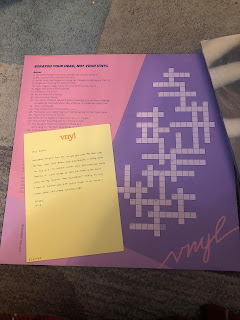 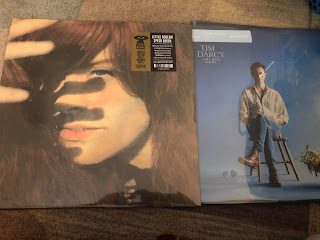 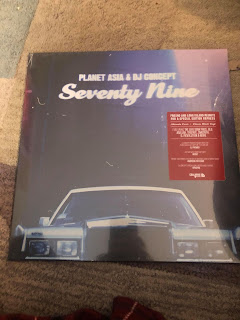 The first record is apparently some chill pop, then a bit of punk, followed by some west-coast flavored rap. I am eager to get them spinning in the record player as soon as possible and I look forward to what the next month of VNYL may bring!