Film Friday: That Captain America Twist at the Conclusion of, "Endgame," Still Is Confusing 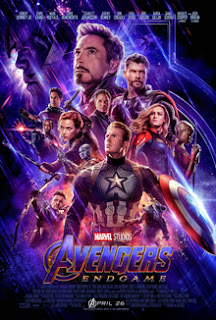 I watched, "Avengers Endgame," over a couple days (it is so long you need to ingest it in chunks) to refresh my memory for, "Wandavision," when I dive into that this week now that it has built-up some episodes. I was reminded of something that really bugs me. You see, back when, "Endgame," was released people wondered how the team would undo Thanos eliminating half the life in the Universe. The answer was that messy plot staple known as time-travel.

Anytime you introduce time-travel into a movie you can either have strict rules you try to follow closely or just admit the whole process is messy and people shouldn't try to think too hard about it--I still love that scene in, "Looper," where Jeff Daniels outright remarks, "This time travel crap, just fries your brain like a egg." As those who've seen, "Endgame," know, the team works their hardest to steal the Infinity Stones from the past, but then return them exactly where they belong so as to not mess-up the timestream at all. All the proper steps are taken to keep time neat and tidy. That is until Steve Rogers travels to the past and somehow manages to stay there. 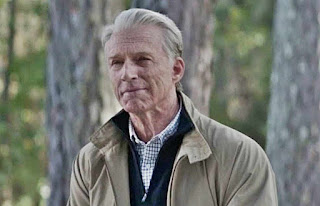 This means through all the movies Steve Rogers found a way to hide in the past, stay hidden, make sure Peggy Carter didn't tell anyone (it is mentioned at one point she had a husband, which I guess could have been Steve under a fake name), and then for a while young-Cap was running around while old-Cap was hiding until the timeline synced back up? Plus, the movies say you can't impact your own timeline with the traveling, yet this does? "Avengers: Endgame," puts strict rules in place, then decides to just chuck them out the window at the end, and it irks me. The one thing I like about it is Anthony Mackie becomes Captain America, and that is pretty cool. The lack of logic for Steve being able to travel through time, however, is so confusing. I know this is a work of fiction, but if your fiction is going to have rules, stick to the rules!

Others have tried to make sense of the time-travel rules being messed with and it gets to a point where you basically have to shrug and go with the, "Time travel is messy, let's not think too hard about it," method. That is perfectly fine, I just don't understand why all these rules are established just to be totally shrugged off at the conclusion of the flick. Oh well, I'm just excited to start watching, "Wandavision," with my memory refreshed.