Donald Glover and Phoebe Waller-Bridges as, "Mr & Mrs. Smith," Works For Me 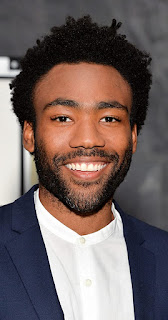 I will basically watch anything with Donald Glover. That said, I am behind in watching some of the things with Donald Glover. I still need to view, "Atlanta," and that Han Solo movie, for example. Still, Mr. Glover is welcome to star in more great projects that I'll try and watch as soon as possible. With that established, it seems he will be in an upcoming reboot of, "Mr. & Mrs. Smith," that stars him and the talented Phoebe Waller-Bridges. Yeah, that sounds pretty cool. The original, "Mr. & Mrs. Smith," was the movie that introduced Brad Pitt and Angelina Jolie to one another and led to their eventual marriage (followed by a divorce some years later). Behind-the-scenes drama of the movie aside, it was a solid flick.

This new version will not be a movie, but an Amazon Prime television series. That's perfectly okay because just dedicating an hour or so a week (I don't binge stuff usually) to watch a show is easier than sitting for a 2-and-a-half-or-so-hour movie. Even if it were a long movie, however, I'd still most likely check it out, because--as I said--I'll generally watch anything with Donald Glover. It's bound to be as good as or better than, "Mystery Team," after all.