MF DOOM Will be Missed 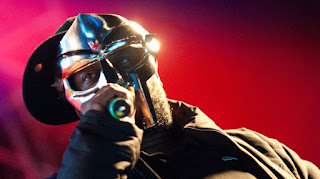 MF DOOM (Daniel Dumile) was a fascinating rapper. With his large metal mask that caught one's eye and complex rhymes that held the attention of a listener's ears, DOOM made some incredible tracks. I listened countless times to, "Mm..Food," and will say that his collaboration with Madlib, "Madvilliany," is one of the best modern rap albums ever. MF DOOM passed on October 31st (with the reasons behind his passing undisclosed). His wife created an Instagram post just the other day stating how he had died. DOOM was such a surreal and beloved creator that many have taken note of his death. Comic fans who appreciated his comic-book influences, those who enjoy mainstream or indie rap, fans of the other genres he dabbled in, he truly had a massive impact.

Some snarky people online have asked, "If he was so impressive why didn't anyone notice he was dead for two months?" To those people, I first say, "Shut-up you salty jerk." Then, I point-out how MF DOOM was notoriously secretive and private. He would sometimes even send random doppelgangers who looked a bit like him to perform his shows as a silly gimmick, leading everyone to always wonder where the, "Real," DOOM was and if he'd been witnessed or it was an imposter. DOOM was a fascinating figure who was as mysterious as he was beloved, he'll be deeply missed by many.

Posted by David Charles Bitterbaum at 11:33 AM