“Bad North,” is as Relaxed as it is Engaging 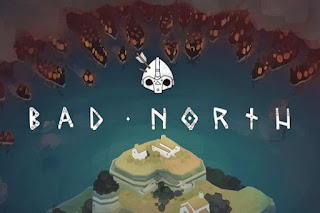 “Bad North,” is probably the cutest game you’ll ever find about Vikings killing each other. It has a very chill and breezy atmosphere and that is one reason I found it so charming. The other major reason I liked it was how fun the mixture of RTS (Real-Time Strategy) and Roguelike worked. You control little divisions of Viking troops that work in a vaguely rock-paper-scissors version with swordsman, archers, and pikemen. You go to a little island and position your troops to fight off invaders that want to raze the island (the RTS aspect. If you lose that’s okay because you can start a new game of randomly-generated islands with some of the special attributes gathered in previous games (that’s the Roguelike aspect).

Between juggling your troops, considering an island’s geography, and the aspect of special items plus the aforementioned traits there is a lot to consider as you play, but it never feels too overwhelming. You can make the game a good deal easier by allowing island restarts if you lose, and even if you don’t enable that borderline-too-powerful function you can flee lost islands or just lose and start over—“Bad North,” is fun enough you won’t mind such an occurrence. As I said, it’s all quite relaxed for a game full of battle and bloodshed. Some games say, “You lost and you suck at this game,” but, “Bad North,” goes, “Oh no, you lost. Want to try again using the skills you’ve now learned?” 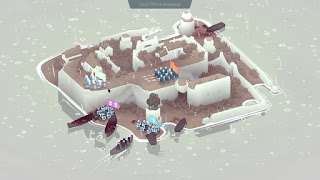 With its matches upon islands not being too long either, “Bad North,” is a fantastic game to enjoy in little tasty bites of fun. The fact it never feels like a grind to keep dying and starting over with you instead excited to see what this new batch of islands holds is a testament to how, “Bad North,” manages to be a delightful bit of laid-back entertainment. I eagerly recommend it for your gaming console or computer of choice.
5 out of 5 stars
Posted by David Charles Bitterbaum at 5:52 PM