Let's Check How Donny Cates' Marvel Books Are Doing in Terms of Entertainment! 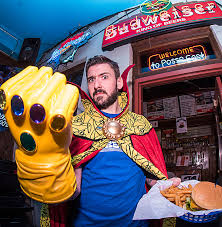 I am of course a big fan of Donny Cates. I first discovered his work when he and Geoff Shaw teamed-up to make, "Buzzkill," a comic about a superhero who gets his powers from doing drugs...and is trying to get sober. I found it to be such a fascinating read during a brief time I worked with teenagers who had substance abuse problems I would actually use the comic as an educational tool. After, "Buzzkill," Cates has had smash-hits like, "God Country," and, "Redneck," and recently got a gig writing some comics for Marvel. "Doctor Strange," re-launched with an issue #381 (yeah, it was a victim of the stupid, "Marvel Legacy," numbering) and Cates assumed the reigns of, "Thanos," with issue #13. Since then three total issues of, "Doctor Strange," have been released and two of, "Thanos." Are they any good? Let's examine them!

Doctor Strange #381-#383
Cates take on, "Doctor Strange," begins with the surprising reveal that Loki has become the Sorcerer Supreme and Stephen Strange is now a veterinarian due to having let his medical license (for working with humans, at least) lapse. It isn't until the most recent issue we learn Loki assumed the role quite by chance and may have some nefarious plans to gain control over all magic--or does he want to do good? It is left up to us to determine that, but in the process Stephen Strange has been trying to get some new magic powers and we've had it revealed a Marvel character known as, "The Sentry," isn't dead.

It's a really fun read so far and having picked up these three issues just to check the series out I'm thinking I would like to continue following it due to being both intrigued by the plot and loving the humor. Also, artist Gabriel Hernandez Walta provides some stellar imagery, from scenes of everyday life, to magical realms, or a visit to Asgard. "Doctor Strange," is a prime example of Cates bringing his talent to a book and knocking it out of the park making this an easy 5 out of 5 stars (for the three issues so far). 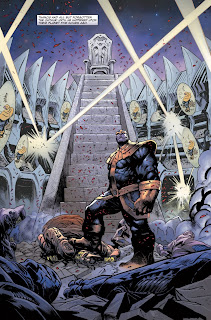 Written by Cates with art by his longtime collaborator, Geoff Shaw, this book looks gorgeous because Shaw is immensely talented and there is some interesting plot-stuff going on, but I didn't like this quite a much as, "Doctor Strange." It has some elements I really enjoyed, such as a hilarious future-Ghost Rider with cosmic powers who is quite the smart-mouth--that's cool. It also cleverly features Thanos coming face-to-face with his future self who has, "Won," and destroyed all life in the Universe, only to realize he is bored. That said, it feels like the book just moves kind of slowly and faces the struggle of many books about Thanos--namely, keeping him interesting can be hard. Weirdly enough this makes me think of the Punisher too.

Thanos is a God and the Punisher is just a man, but they remind me of each other in that they are kinda bland characters without a strong supporting cast. Both are more like destructive forces of nature than people/Gods and my favorite stories about either of them have often featured a strong group of folk to play off of. Cates, "Thanos," is a comic which has this new cosmic Ghost Rider but then is simply two Thanos...so two dull characters interacting with each other. The result is a comic that is by no means bad, but lacks an amazing, "Wow," element outside of Shaw's always jaw-dropping artwork. I'm willing to bet this book is going to lead somewhere good, but right now it is a very solid (if not amazing) 3 out of 5 stars for the two issues that have come out. 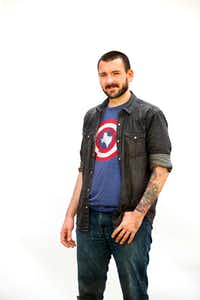 Donny Cates is a great writer and a really nice guy. I'm happy he is blowing-up and having so much success from his humble start as, "The dude who wrote that cool, 'Buzzkill,' comic." I am super-impressed with his, "Doctor Strange," and intrigued by, "Thanos." It'll be exciting to see what the future holds for each book!
Posted by David Charles Bitterbaum at 10:59 PM