It's morning, let's discuss what looks promising in the April Previews and then in the evening break down what is terrible. As always I'm generally focusing on new stuff I haven't read and not the great things that have been around awhile. Hence, I don't spotlight the solicitation for the Trade of the great Osborn mini-series even though it has so far been awesome and probably will be worth picking up. Just to throw that out there. 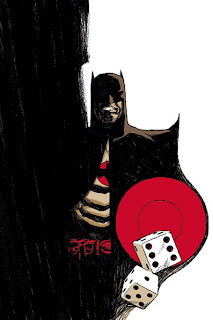 Pg. 71, Flashpoint: Batman--Knight of Vengeance #1, $2.99
I know I said I wasn't going to be reading Flashpoint because despite loving alternate-universe tales this one was just too huge and gonna cost way too much money. The thing is, this has Brian Azzarello and Eduardo Risso, the guys behind the phenomenal 100 Bullets and the Batman segment in Wednesday Comics. Hence, I feel a slight urge to check it out based on that alone. 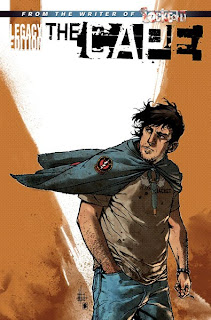 Pg. 156, The Cape: Legacy Edition, $5.99
I know nothing about this other than that it is by good author Joe Hill, and is about a really unlikeable guy who becomes a hero, and will soon be a mini-series. Also, Multiversity loved it. With a writer who does well in prose and comics (Locke and Key, for example) I imagine this must be intriguing.

Pg. 180, Screamland #1, $2.99
There was a great mini-series about a world where monsters were real and worked in horror movies, but had gotten old and led odd lives. It was great, and now an ongoing is being launched of it. Awesome. 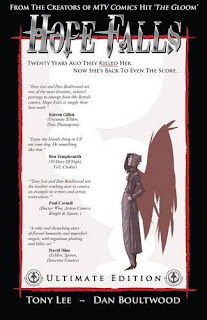 Pg.218, Hope Falls: The Ultimate Edition TP, $17.99
Some time ago there was a good mini-series called Hope Falls, it is now being collected and worth a read. 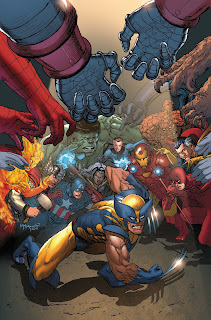 Marvel Book 46, Marvel Universe Vs. Wolverine, $3.99
A prequel to Marvel Universe Vs The Punisher, of which I was a big fan. I am excited for this to come out and do more with the story of this virus-stricken universe. Jonathan Maberry did a good job before and I expect him to continue the quality. 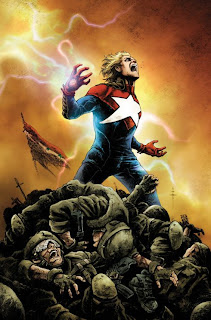 Marvel Book 69, Supreme Power #1, $3.99
One of my favorite comics return in the format it should be in--Marvel Max. I also notice on page 68 for the collections they mention to catch up they don't show any of the non-Max comics that weren't as good--interesting. Still, I am excited for this to come back and hope it is really good, and if it is I am sad it will only be four issues. Hopefully if it does well Marvel will keep it going. 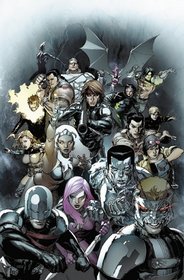 Marvel Book 91, X-Men: Age of X HC, $29.99
A universe where the X-Men never formed and things are even worse for mutants than in the normal world. It was an alternate-universe tale and I already said I dig those so why didn't I follow it? Simple, Marvel and folk said it would tie in somehow with the main X-Men comics I pretty much dropped some time ago (excluding oddly enough the ones it didn't take over, Uncanny X-Force and X-Factor). It seems now that you can still read this and enjoy it without worrying about that so why not pick it up and check out a world that is slightly familiar yet quite different?

That's what stuck out as especially promising, as always I am curious to hear what YOU thought of the latest Previews.
Posted by David Charles Bitterbaum at 9:00 AM