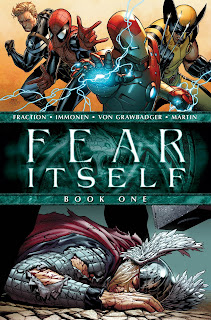 Fear Itself #1
This was a quiet opening, clearly trying to build dread, and I understand that. Still, I wasn't too upset or too impressed.

Matt Fraction is a great writer generall. Just look at Invincible Iron Man or Casanova. That is why despite being leery of Fear Itself I think he is going to take this somewhere pretty cool. The problem is, the first issue of any big event comic has to put all the pieces in place, and that can make stuff kind of dull. This comic does have some action, which is good, and it also works in some comments on the issues we are facing the real world and how despite this world of super-heroes, people aren't that impressed when they have down-to-earth issues they face daily: 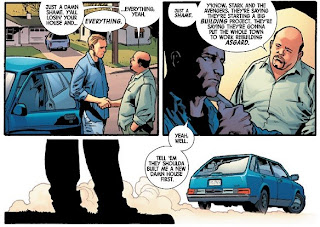 It's an interesting point to make that isn't always observed in this marvelous world of super-heroics that normal folk like you and me exist. Even if it is a big heavy-handed the way Matt Fraction forces these bits into the story (the beginning has a protest against the Ground-Zero mosque--although the story never outright says it is against the mosque and the heroes don't take a side), it is neat how he even introduces these elements. Plus, Stuart Immonen is a great artist who makes scenes of either people chatting or heroes fighting look impressive. Oh, plus there are these long weird scenes with the Red Skulls daugher turning into some shiny person and being led by a magic hammer. Yeah. 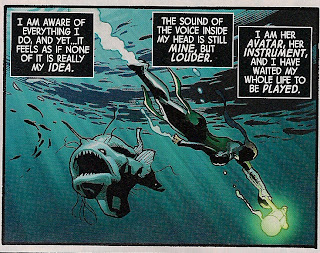 Apparently the next issue is when the whole magic-hammers-crashing-into-places action kicks off and things get crazy, hence the next bit being called, "Blitzkreig USA," so I'm excited for that if a bit nervous about the comic moving away from the social commentary toward just heroes beating each other up. Still, this issue had a good mixture of fun dialogue, action, and nice art, so I'm not overly worried. 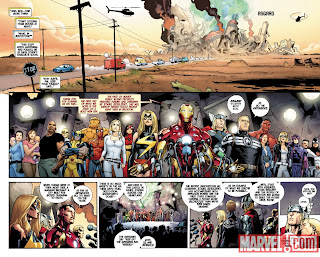 Overall this was a good beginning if nothing amazing, and I am interested to see where the story goes. This didn't make me want to buy the countless spin-offs that will be coming out (maybe Fearsome Four, because that looks neat) but I do plan to pick up this and Homefront--which I will also be getting a review up for. I'd say if you read Marvel comics you ought to check this out, or if you enjoy big earth-shattering event-comics, as this will probably develop into something intriguing.
Posted by David Charles Bitterbaum at 7:01 PM