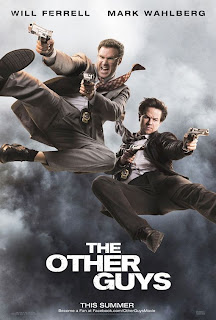 First off, I realize my "Film Friday" is being submitted late in the day on a Saturday. The reasoning for that is I had my two big posts about what looked good in previews and what looked bad, so I would wait to post something else (besides the short image of the Moon Knight teaser today) until Saturday. That and I was busy. Anyways, without further adieu, let's review one of the funnier comedy's I have seen in awhile.

Will Ferrell and Mark Wahlberg make a great comedy duo. Ferrell does a great job as a mousy forensic accountant and Wahlberg is funny as the loud and angry partner who is surprisingly talented at skills from dancing to hand-to-hand combat. As for the plot of the movie, it takes the concept of the incredible super-cops you always see in movies and asks, "what about the background characters? You know, the other guys?" 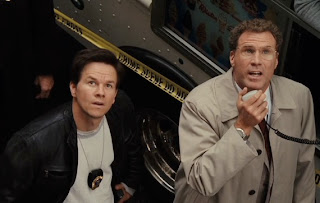 From getting chewed out by their captain (Michael Keaton, turning in a great performance) to trying to arrest someone for a simple scaffolding violation that gets them embroiled into a scheme to steal billions, Ferrell and Wahlberg have just the right mixture of absurdity and seriousness to make you not just laugh, but also think. Why do you think? Well, because the movie actually has some very interesting messages about the financial market we live in today and how screwed up it is, expertly shown in animated graphs during the credits of the movie that will shock and appall you. 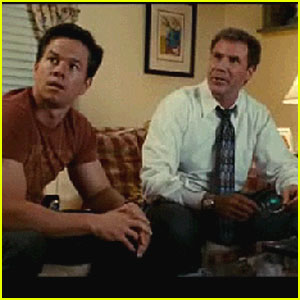 This movie was loaded with hilarious one-liners, a message about our society, and some great narration by none other than Ice-T. Plus, the supporting actors turn in a great job, whether it is Samuel L. Jackson and Dwyane Johnson as the super-cops, or Eva Mendes as the shockingly hot wife of Ferrell's character. If you enjoy comedies, you owe it to yourself to check out this movie. Plus, hearing Mendes and Cee Lo Green sing "Pimps Don't Cry" during the credits is worth the rental cost alone. 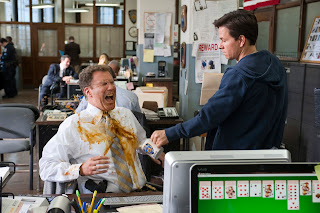 On a side-note, if you buy the movie you can choose to watch the original theatrical version or a slightly longer unedited version. I found the extra material to not be that funny, so don't worry if you just rent the movie and it doesn't come with the uncut version--you aren't missing too much. Anyways, go see this movie!
4.5 out of 5 stars.
The Other Guys (The Unrated Other Edition)

if you like it enough to go buy it.
Posted by David Charles Bitterbaum at 6:38 PM

Email ThisBlogThis!Share to TwitterShare to FacebookShare to Pinterest
Labels: film friday, Mark Wahlberg, movies, The Other Guys, Will Ferrell