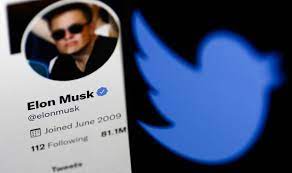 Elon Musk is very rich but seems to be very unhappy. He gets in arguments with random people on Twitter and generally makes what the kids call, "Shitposts," in the hope people will like him. He has some successful businesses but often seems to be his own worst enemy due to public statements he makes, many on Twitter. Musk acted like he was going to put forth a serious effort to buy Twitter and make it a private company, but it looks like he was doing what he does best, trolling people. Musk previously claimed if the UN gave him information on how his money could help with World Hunger he'd donate a bunch of cash. They provided data and he did nothing. Musk said if Twitter could give him a bunch of info on how it runs he would buy it. Now he's trying to go back on that too.

Musk is like that kid who claims he could totally do all kinds of crazy stunts on his new BMX bike, but it's currently locked in the shed and only his girlfriend from Canada who was visiting last week but just left happens to have the keys due to a mix-up. It just lies after lies and trolling after trolling with Musk. Did Musk ever truly want to buy Twitter? Maybe he did, but I am not surprised it turned out to be another grift.