I Am Excited for, "Westworld," to Return Tomorrow 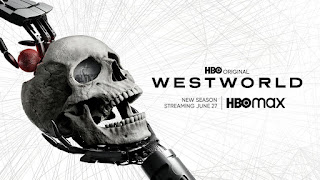 Ah, "Westworld." I enjoyed the first season, loved the second season, and liked the third season despite its flaws (a lot of folks apparently hated it). The fourth season is here tomorrow and even if it is an imperfect program, I'm excited for it to be back. The cast is amazing, the ideas are often clever, and the execution is at times a good deal flawed, but I still am a fan. The fourth season premieres tomorrow and I hope to watch it then or perhaps Monday (via HBO MAX) if I don't have time Sunday night.