A Legal Fight is Brewing over, "Predator." 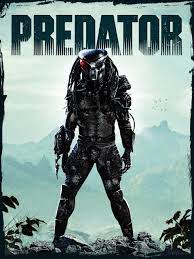 Marvel was going to do a big launch of a, "Predator," comic this Summer and have lots of variant covers on their comics that tied in with the Predator. This was because Disney recently acquired the rights back to the franchise when they bought 20th Century Fox and had the licensing deal Fox used to have with Dark Horse expire. Disney owns Marvel, so Marvel was going to publish all, "Predator," stuff from this point forward. However, all the comics were suddenly canceled and it was said they'd be solicited at a later date. People thought this was maybe because Marvel would have a new distributor later in the year and wanted a big new comic to go through that. Now, however, with some recent news that there is a fight brewing over the rights to, "Predator," perhaps it was a preemptive move due to a lawsuit.

Yes, John Thomas and John McTiernan wrote the original script for, "Predator," and the initial draft--then titled, "Hunter," is now 35 years old. This is important as there are certain copyright clauses that may allow them to regain the rights to the original movie--and therefore the bedrock of the Predator franchise. Disney doesn't plan to let, "Predator," go without a fight, obviously, so let's all gear up for a big copyright dispute. They seem to happen every few years when people try to fight a big corporation to regain control of their works. Sometimes it works out, sometimes it doesn't, often settlements are made with the exact amount of money exchanged kept secret. We will see what happens in this situation, but it's bound to get ugly.