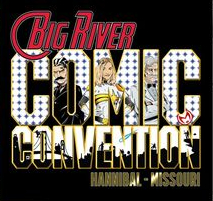 On Friday I attended the Big River Comic Convention. It occurred today as well, but I was only able to stop by Friday. The hours I did spend there on Friday were wonderful, however! There were a bunch of great vendors, awesome celebrity guests, almost everyone was wearing masks appropriately, people kept their distance, and it was just all-around a fantastic time. In a kinda-sorta alphabetical order, I will now discuss a chunk of the coolness I encountered... 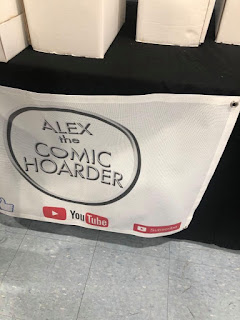 Alex is a self-described comic hoarder, hence his name. He was at the show willing to sell a ton of great books and we were able to make some snazzy trades. You can find his extremely entertaining YouTube channel on the interwebs and you should subscribe to it! 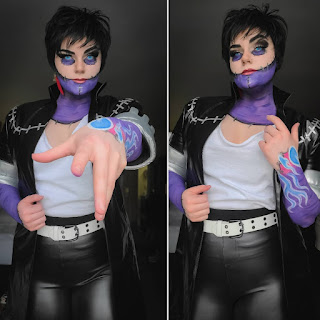 Lauren Schweer is a cosplayer and also does professional photography. She was at the show in some stupendous outfits! 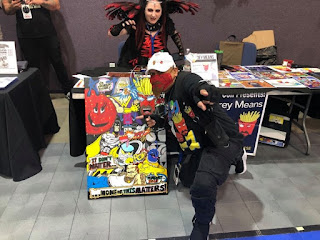 I got to meet the voice of Frylock from, "Aqua Teen Hunger Force," as well as other popular animated characters, but I'll always know Carey Means as Frylock. Mr. Means was a joy to speak with between his clever insights and hilarious jokes. He was kind enough to pose with an original piece of art he made. You can watch him in action on his YouTube channel. 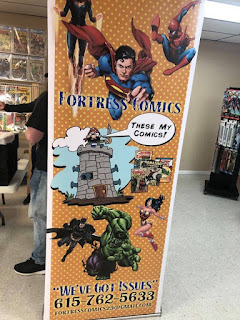 Mr. Hawkins is the creator of, "The Zombieful World of Oz," which is a zombie-filled steampunk take on, "The Wizard of Oz." It's as wild as it sounds and soon he'll be launching a Kickstarter campaign for the 3rd issue of his comic!

Fortress Comics had a stellar assortment of books to browse at the show. 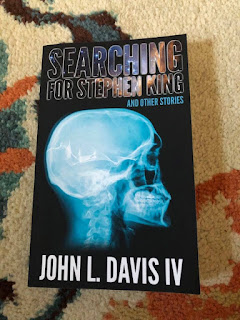 I chatted with author John L. Davis IV at the con and bought his collection of horror-themed short stories as I love a good anthology. 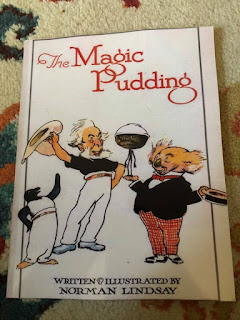 The folk at Monroe St. Press take vintage reading and republish it for everyone to enjoy. I bought a neat repressing of an old children's book, "The Magic Pudding." 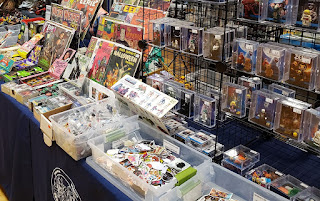 NSB Dorkphyorya was selling a bunch of great comics at the show and I was able to do some dealing with them! 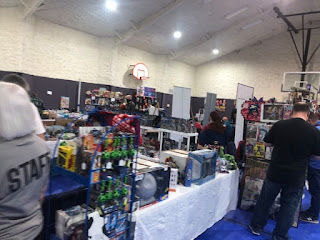 The Whole Show Was Great

It was a Stupendous show and I am honored Big River Comic-Con let me come to cover it again this year. I can't wait for 2022!