My Post Critical of Comicsgate Attracted a Lot of Attention 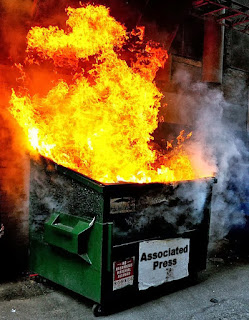 Yesterday I made a post where I declared I would no longer talk about a certain comic publisher due to their support of the hate group known as Comicsgate. This resulted in lots of tweets arguing it wasn't a hate group between tweets calling me all kinds of terrible names. I deleted and then stopped allowing comments on my post without me moderating them as I didn't feel like being called terrible words on my own blog. This is my site, so my rules (Twitter is whatever, but this is my house, so to speak). For people who are so sure they aren't in a hate group, I sure got a lot of unpleasant tweets accusing me of everything from being an SJW (which I proudly am) to a furry (I am not, but no judgment) to a Nazi (which is hilarious for a number of reasons). Those were the more thought-out tweets between ones using your usual foul language or accusing me of being put up to saying negative things by other bogeymen of the Comicsgate community (yeah, Mark Waid has me on speed dial and asked me to talk smack about them, sure).

I guess having a blog makes me a member of, "The media," who are out to, "Get," Comicsgate. I don't know what there is to, "Get," as they prove daily they are all the terrible things we think they are. I'm honestly just some random dude on the internet though. Yes, my blog pulls in some solid numbers now that I've done it for 10 years, but I'm not some huge website. If one random dude saying he doesn't like Comicsgate gets this much negative attention from them I can't imagine what it is like for the comic creators they've targeted and harassed. People like  Larry Hama, Alex de Campi, Kelly Sue DeConnick, Matt Fraction, Eve Ewing, Tess Fowler, and Ta-Nehisi Coates, to name just some individuals. I'm not a big media superstar. I'm just a guy on the internet who has written long enough I eventually built up an audience. The response of those who claim to be proud members of Comicsgate to my words however has only further proven they are everything I and others say they are.