The New, "Star Wars," Movie is Getting Critically Panned, Will Still Make Lots of Money (Spoiler-Free) 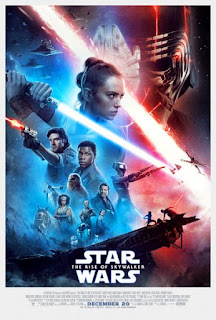 The latest, "Star Wars," movie, which is, "Episode IX: Let's Cash These Checks," or something, has reviews coming-in. They are mixed-to-bad, with it sounding like the movie will appeal to a certain group of fans who maybe hated, "Episode VIII: The Last Jedi," for being quite different and unique (for a, "Star Wars," movie at least). It is noteworthy the eighth movie was also very popular with reviewers and people who wanted a different-style of, "Star Wars." That movie has been dragged through the mud by some of the franchise's fan-base though, and director Rian Johnson has had to defend himself from a lot of venomous people (he's doing okay though, with his latest movie, "Knives Out," apparently being rad). "Star Wars," tried something different, it resulted in lots of disagreement, so now I guess we are just going to be getting an uninspiring and drab finale to this 40-year saga designed to moderately appeal to everyone by challenging no one. It will still make tons of money of course, because it is, "Star Wars."

I'm indifferent to spoilers and won't be seeing the movie anytime soon so I looked-up everything about the movie I could that was leaking. Assuming what I read is true (multiple sources seem to confirm it is) then I am pretty unimpressed with what the plot sounds like even though I imagine the special effects and things will be delightful. It isn't like the, "Star Wars," franchise has to be milquetoast and is unable to try new things. Just look at, "The Mandalorian," which is both creative and fun. Perhaps when we are talking millions of dollars in budgeting as opposed to hundreds of millions more risks can be taken with ideas. As it is now, "Episode IX: The Search for Spock," sounds kind of fun but mostly uninspiring.
Posted by David Charles Bitterbaum at 1:48 PM