December is Flying By

Hey, wow, it is already almost the middle of December! That happened fast. I really should get working on my year-in-review posts I generally do between Christmas and the start of the new year, but how about instead I whittle away the time by sharing interesting bits of news and links? Yeah, procrastination never comes back to bit anyone on the bottom!

Some News For Ya 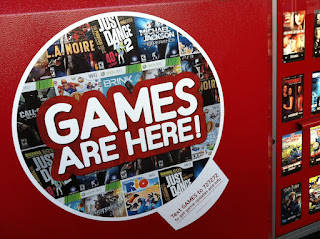 Starting with some news that upsets me but seemed to register very little with others, Redbox is shutting-down game rentals. Yes, go ahead and make some joke about how nobody uses Rebox anymore because I know individuals who do (meaning you can shut-up). I like renting games for consoles because I don't want to spend $60 on something I may hate, and with Redbox eliminating game rentals that will limit a lot of people's ability to rent a videogame. Thankfully here in the Midwest, you can actually buy or rent stuff from the awesome smaller-chain of stores known as V-Stock.

Vault puts out some interesting comics and their, "Pay what you want," promotion with a chunk of proceeds going to charity is a great way to sample some of the comics they publish.

Whenever someone claims to have found a space alien or Bigfoot it always turns out to be a ploy to get famous/make money. It would be hilarious if a real space alien just popped-up on a local news broadcast sometime and was like, "Hey, what's up, I'm from space. I don't want to conquer you or anything; I just wanted to try these, 'French fries,' I keep hearing about." 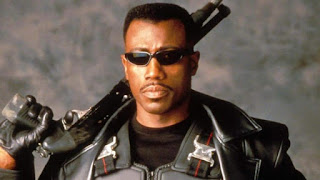 I fully agree with this article about how amazing Wesley Snipes was as Blade. I'm always telling people how the, "Blade," movies ("Trinity," aside) were the best Marvel-but-pre-Marvel Cinematic Universe flicks.

Speaking of vampire-related media, I enjoyed reading Christopher Priest's writer's commentary on his most recent issue (#5) of, "Vampirella."

This piece by Rich Juzwiak of Muse makes the interesting observation that sometimes we may declare a music artist is, "Cancelled," yet people just keep listening to them regardless. 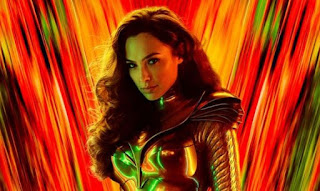 The official trailer for, "Wonder Woman 1984," was released recently. It looks pretty entertaining and by being in the past it can side-step a whole lot of the issues regarding what exactly the DC movie continuity currently looks-like in terms of present-day movies while also being arguably the first direct sequel to a DC movie since Nolan's "Dark Knight," trilogy.

There is a new text-based game, "AI Dungeon 2," that has been getting a chunk of press for how it uses fancy computing to try and concoct a response to almost anything you can think of trying to do in a text-based browser. It became so popular so fast after its release it crashed, but there are plans to make it more readily available to more people trying to log-on if folk are willing to help fund its further development

Finally, an official Twitter account of the Trump campaign compared him to the genocidal madman Thanos from Marvel comics and movies. You know, the guy who wanted to destroy countless lives and was defeated due to his arrogance? You can't make this shit up and I'm just thankful that this impeachment process is moving along.

Gear-Up for the Holidays! 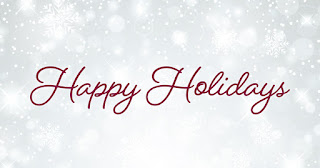 A whole bunch of Winter holidays are quickly approaching from Christmas to Hanukkah, Kwanza, and plenty more. Hopefully, you're adequately or at least minorly prepared for how busy things are going to be getting!
Posted by David Charles Bitterbaum at 12:30 PM