I Hate Smoking, But You Should Be Able to Do it at Age 18 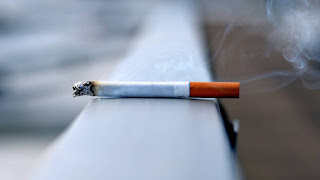 When you turn 18 you can vote, (theoretically) buy a house, open a business, and you are old enough to join our military and die keeping our nation safe. You are an adult with all the privileges being an adult entails unless you want to drink and now apparently in the near future, smoke. Look, I am not a big drinker and I do not smoke at all. I hate smoking, it is nasty and a public health hazard. That said, if someone is old enough to cast a ballot or give their life protecting our country I personally feel they are old enough to make bad decisions, such as choosing to smoke.

You could give me the argument that our brains are not fully developed to use such substances until we are older, and if you say that I'll counter we should then change the age to vote, or have all the rights of an adult to 21, 25, whatever. That won't happen, however, so your point is moot. I hate smoking with a passion, it was a major factor in the death of my Grandma Burton. She made me promise I would never smoke the cigarettes she was so terribly addicted to, and I never have (I tried a cigar once and about threw-up). Even if I despise smoking, I'm not going to stop someone who is supposedly an adult with all the rights and responsibilities of being grown from lighting-up if they so choose (in a designated space, hopefully far away from me so I don't smell the smoke). Instead of putting money towards making smoking illegal for fully-grown adults we could use that money to educate people on why they should simply choose themselves not to smoke. That's just my opinion on all this.
Posted by David Charles Bitterbaum at 10:17 PM