"Escape (The Pina Colada Song)," Is Not By Jimmy Buffet As I Believed For Years 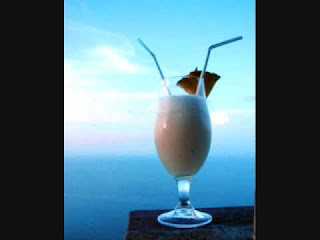 You all know Jimmy Buffet, right? He makes an assortment of catchy tunes, some with a happy-sound that if you listen to the lyrics they are actually pretty depressing, such as, "Margaritaville." He's made a career out of resorts, drinks, and a chill lifestyle. Well, for years I thought, "Escape (The Pina Colada Song)," was by him as well. It features a popular alcoholic beverage, is actually kind of twisted when you think about the lyrics (a man and his lady who plan to cheat on each other realize they've been flirting with each other via newspaper personal ads), and I would have sworn it was by Jimmy Buffet. It is actually a Rupert Holmes jam, as my wife proved to me when we were listening to the song on the radio the other day and I became borderline belligerent in my insistence that, "This song is totally by Jimmy Buffet."

My wife Googled the facts and showed me how I was wrong, which made me feel stupid after I was so sure Jimmy Buffet was the artist. It is not a huge deal in the overall functioning of the World--it isn't like I personally was keeping Rupert Holmes from getting his hard-earned royalties and funneling them to Jimmy Buffet instead--I just feel really foolish and was kind of snippy at my wife about it until she proved me wrong. To Samii's credit, she took my ignorance in good humor, later joking when, "End of the Road," came on the radio, "You know, this is actually a little-known collaboration between Boyz II Men and Jimmy Buffet." I deserved that.
Posted by David Charles Bitterbaum at 8:01 PM