What's In the News? 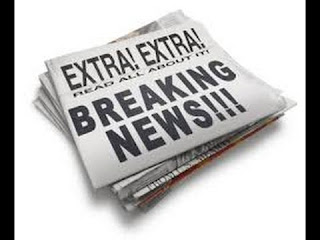 Today two announcements were made and one has me pretty excited and the other elicited a shrug. Shall we break them down? 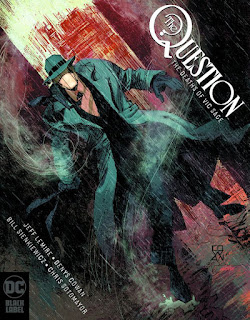 I have discussed on the blog before my immense love for certain iterations of, "The Question," especially the one written by Denny O'Neil with art often by Denys Cowans and Bill Seinkewicz. Well, today it was announced none other than the fantastic writer Jeff Lemire will be doing a project for DC's Black Label (it lived while Vertigo sadly died) about good ol' Vic Sage with art actually also being done by Cowans and Seinkewicz! This is fantastic news and a wonderful break from how the Black Label so far seems to be about 90% books involving Batman, Harley Quinn, or the Joker. Oh, and as if to prove that point Lemire is also doing another Black Label book with Andrea Sorrentino about...the Joker. It'll at least look gorgeous with Sorrentino doing art at least.

Zack Snyder is Making an Animated Show About Vikings for Netflix 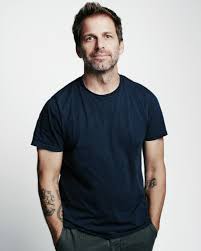 When Zack Snyder isn't busy refusing to stop talking about his plans for, "Justice League," movies that now are just fever-dreams of fans (I could go the rest of my life without hearing about the so-called demand for a, "Snyder Cut," thank you) or threatening to make a movie out of one of Ayn Rand's books he now apparently has a new project. Tired of being told to, "Put up or shut-up," by everyone it seems Snyder will be making an animated show about Vikings for Netflix in the vein of popular, "Anime," series even though I don't understand how it can call itself anime if only American companies or folk are involved. As this is Zack Snyder we're talking about I'm sure the show will be incredibly grim, gritty, and possibly entertaining in spurts when it is able to get over itself and Snyder's worst impulses (I mean, I actually liked, "Batman VS Superman," after all).

There Was the News 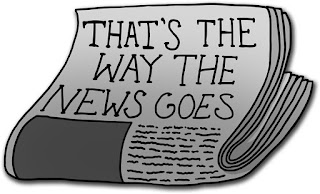 I'm pumped for Lemire's take on, "The Question," and vaguely interested in what Zack Snyder has in store with his interpretation of Viking lore. That was the notable news for me today, at least, and I wanted to share my thoughts!
Posted by David Charles Bitterbaum at 10:36 PM