The Hot Comics Revue: Getting Our Kicks with the Sixth

I am aware that it has been a bit since I did an installment of, "The Hot Comics Revue," as the last one was in, let me see here...March of this year. There are consistently titles that are quite, "Hot," or showing potential though, so I thought I would do a new entry! Oh, and as always, I'd encourage you to visit my chums at Comics Heating Up for speculation on comics that haven't been released yet and could become highly desired. 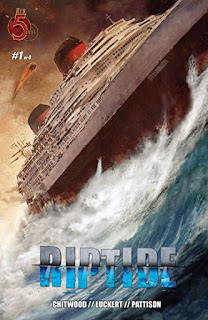 Riptide (The Series So Far)
A snazzy title from independent publisher Red 5 Comics, this mini-series tackles the idea of an absurdly large tidal wave forming that pulls the ocean miles away from land, giving everyone only a limited amount of time to flee to safety if they are on the coast, and putting anyone currently within the ocean (such as on a cruise ship) in immense danger. It's a quite clever concept and I've read two of what I believe will be four issues. It's had some buzz and not many copies at all were published as this is a smaller publisher. If this idea were to get optioned for some kind of big-budget blockbuster however this title could become quite the gem. As for right now, first-print copies of the early issues trend for $10-$20. 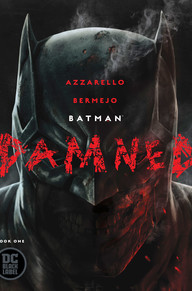 Batman: Damned #1 (either cover)
We all have Batman's penis to thank for this one. I mean, I would've imagined a barely-visible outline of Bruce Waynes wiener would've caused some buzz, but dear God, who saw this coming (no pun intended, get your mind out of the gutter)? Apparently it has actually made some of the people in DC who hold a lot of power upset, and it could very well result in the Black Label line as we know it basically being dead upon arrival. If some nudity really causes DC to panic and move away from mature-reader books--which was the whole damn point of the Black Label--that's just spineless. We all know comics aren't just for kids anymore (as hacky news articles like to declare every couple of months) and you can have a Batman who sells toys coexist with the kind who brutally beats-up the Joker in, "The Dark Knight," or gets nude in the Batcave within, "Batman: Damned." The hilarious thing is that because all future editions of the comic will have the offending genitalia edited-out its caused more hubbub and everybody wants a copy of this book now (either cover) resulting in it easily selling for an easy $40 and up. 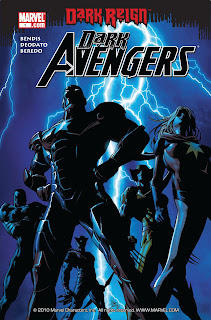 Dark Avengers #1 (Regular Cover or Variants)
This title actually came out back in 2009, arguably serving as one of the main books during Norman Osborn's so-called, "Dark Reign," where he gained a whole bunch of political power thanks to helping save the day at the end of, "Secret Invasion." It was essentially a team of evil Avengers and due to a rumor that we may be getting a, "Dark Avengers," movie everyone is eager to grab a copy in the hopes it'll go from a former dollar-bin book to something super-sought after (kind of like how nobody once cared about Groot, and now we all want his early books). This could all be one big pile of lies, could simply be a title that actually doesn't draw from the comics at all (like, "Age of Ultron,") or is possibly an indicator of what the future holds for Marvel's films. Whatever the case, dig through your short-boxes for the copy of the first issue you put away and forgot about, it is starting to trend for at least 20 bucks.
Posted by David Charles Bitterbaum at 11:36 PM