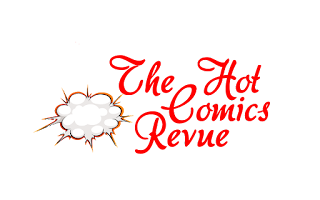 With this edition of the Hot Comics Revue we now will have had five total segments. If this segment were chocolate chip cookies by the time you were at this number you would be feeling gluttonous, a little ashamed, and slightly nauseated. So, basically how I felt watching last night's episode of, "The Bachelor," when it turned out Arie was a jerk. Anyways, let's talk about a comic that is warming up, some red-hot titles, and a book with steamy potential... 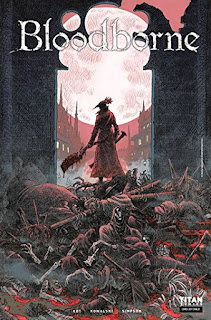 Bloodborne #1
I am by no means a fan of the game, but this new series about the world where, "Bloodborne," takes place (or something like that) has been generating heat. The first issue officially sold-out at the distributor level and people on sites like eBay have been doing pretty well selling individual issues or sets of all three covers. The market for comics that tie-in with video-games can be notoriously finicky, but if lovers of the game stay interested this could continue to get warmer. 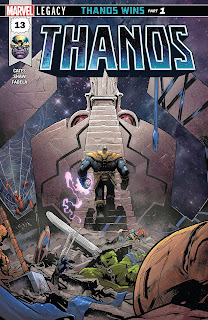 Thanos #13-#16
Donny Cates has been discussed by the Hot Comics Revue before, because the man just seems to produce books that are both great reads and best-sellers. Now, you might have heard about this, "Avengers: Infinity War," movie coming-out soon that heavily features Thanos, and ever since Cates took over writing the title from issue #13 on, issues have been selling like hotcakes. His new-ish character of the Cosmic Ghost Rider is already a fan-favorite, and sets of the all the issues that have come-out so far (we are up to #16) get bought faster than people can list them.

Marvel announced the Cosmic Ghost Rider was getting his own spin-off mini-series, and Cates is going to be writing even more Marvel books (he's taking over for, "Venom,") so don't expect him to slow down his work anytime soon. Whatever the case, right now this book isn't just red-hot, it's nuclear! 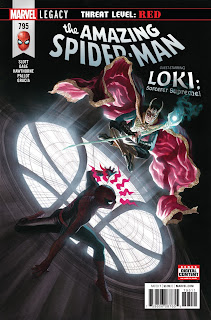 Amazing Spider-Man #795 & #796
After some time without any Marvel hits we now have two that are hot! Ever since Norman Osborn started popping-up in the latest issues of, "Amazing Spider-Man," and enacted a plan to merge with the Carnage symbiote, this has been one snatched-up title. Issues #795 and #796 easily command at least $10-$20 dollars online and folk selling sets of the book with those two issues are making serious bank as well.

While Osborn has been using Carnage, the big question is when he will become the much-hyped, "Red Goblin," that is sure to set the aftermarket on fire. Tomorrow we get, "Amazing Spider-Man #797," and it'll most likely also be hot, but if we finally get the debut of the Red Goblin within its pages then we will have an extra-hot commodity on our hands.

A Book with Steamy Potential 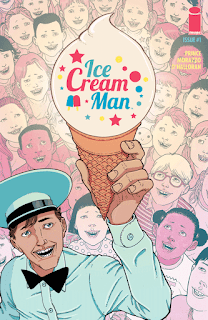 Ice Cream Man #1 and #2
I know, I know, when the publisher (Image) has put out press-releases about how the first issue has sold-out the book is maybe a little past just, "Steamy." That said, while copies of the first issue as well as the second are selling at higher levels on sites such as eBay, they still are relatively reasonable in terms of the kind of mark-up they are showing on the secondary market. Image properties have had a tendency to either get really hot a bit later thanks to getting optioned or to absolutely crater in value if delays or other problems occur, but for some reason I have an inkling this might do more of the good former than the bad latter.

This book is ripe for at least the concept of a Twilight-zone style anthology to be expanded into a show--I mean, "Black Mirror," is a hit on Netflix, why doesn't another streaming service snatch-up, "Ice Cream Man," and get some accolades? Should such a thing happen this series could skyrocket in value beyond the already-solid numbers it shows...but again, it could easily fizzle out too, as that is the risk with any kind of comic-book speculation.
Posted by David Charles Bitterbaum at 8:52 AM