The Juiciest News I Heard Today: James Gunn to work for DC/Warner Brothers

Once Upon a Time There Was a Joke Told 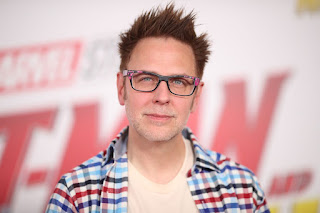 As everyone may recall, James Gunn has been the director of an assortment of films during his career, including the loaded-with-charm, "Guardians of the Galaxy," 1 and 2, AKA the only Marvel movies besides, "Black Panther," and the first, "Iron Man," to also clearly have a director's, "Voice," seep thoroughly into the movie besides the general Marvel-house-style. People may also recall that when people who were mad at Gunn for his speaking-out against Trump dug-up old Tweets made by Gunn telling crass jokes, Disney fired the man. For old--admittedly tasteless jokes--that Gunn himself said he realized a decade later weren't funny then or now.

Despite various efforts to have Disney reverse the decision via actions taken by fans, the cast of the movies, and maybe even Marvel executives, Disney stood firm, and Gunn was gone as Director even if they would utilize his script for the 3rd movie--which is now permanently on hold. It was a mess and the one slightly funny thing about it was hearing people joke how now this freed Gunn up to go work for Warner Brothers/DC at fixing their cinematic universe. Well...

It Ain't a Joke No More! 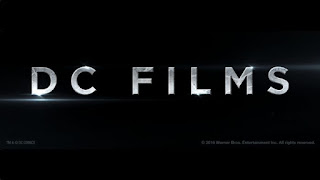 What at first seemed like simple gossip is now being reported on multiple news sites that James Gunn is in fact going to be writing a brand-new, "Suicide Squad," movie for DC. Not, "Suicide Squad 2," but basically his own thing being allowed to do whatever he wants because Warner Brothers obviously realized by reaching out to Gunn with a friendly invitation he'd sign with them and we'd have articles expressing surprise and glee...like mine, I suppose. Now, right now he's just writing the script, but dollars to doughnuts I bet DC is more than eager to have him hop in the director's chair. I mean, "Suicide Squad," is a movie about a rag-tag group of heroes and villains who go on zany adventures--is it me or does that sound a little bit like his other movies for Marvel he had massive success doing?

This is some of the juiciest news I've heard today and in some ways it is both utterly shocking, and in other ways I'm surprised it took DC this long to snatch-up Gunn once they had the chance. I'm just hopeful this means we'll actually get a good, "Suicide Squad," movie if nothing else. It's possible, right?
Posted by David Charles Bitterbaum at 2:40 PM