"Tha Carter V," is a Solid, if Over-Stuffed, Return to Form for Lil' Wayne 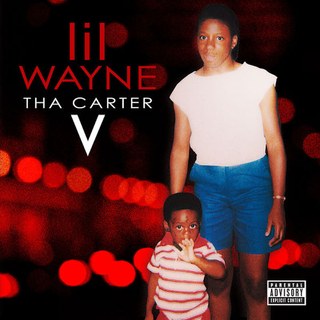 After taking what feels like forever since, "Tha Carter IV," due to assorted legal disputes over what label would have ownership of it, "Tha Carter V," has dropped and is a massive hit. While it goes a little long, with a run-time of nearly 90 minutes, there is enough great stuff that the album never feels bloated so much as super-sized. We get a mixture of introspective Wayne ("Took His Time") and hyper-Wayne ("Uproar,") with an assortment of guest artists assisting him at times too. For example on the catchy, "Dope Niggaz,") he teams with Snoop Dogg for a jam that has a sample of the classic, "Xxplosive," mixed in, and on, "Mona Lisa," We get some verses from Wayne telling a story about a woman helping him rob men through her seductive abilities before he himself is fooled, and then at the end Kendrick Lamar appears on the track and just launches it into outer-space with a mixture of suddenly-changing melodies, altering his own voice, and generally being his amazing Kendrick-self.

The album isn't perfect, with some tracks seeming just muddled ("Dark Side of the Moon,") or decent but a little low-energy for me as someone who prefers Wayne's manic-raps as opposed to when he slowly drawls ("Famous,"). Still, there is enough quality material on this album absolutely stuffed with tracks that the quality content is much more plentiful than the lacking aspects. "Tha Carter V," is a very enjoyable listen, and one I'd rate...
4 out of 5 stars.
Posted by David Charles Bitterbaum at 11:40 PM