Getting Strange
There are good comic, there are bad comics, and then are weird comics. Weird comics can be good or bad, although that tends to be ancillary to the point--the point in this case being the creation of something incredibly bizarre. My weirdest comic of 2014 is a title that started out strangely and has continued to be a surreal ride. Then again, with as provocative a name as it has, would you expect anything less?

Writer Joe Casey tiled his comic an act, "Sex". With that simple action he already sets us up with many questions. After all, most of us often think about sex, enjoy sex, talk about sex, and so forth, so what is "Sex" about? That's a good question, as I and other people still aren't really sure.

"Sex" is a comic about a man named Simon who is a billionaire that prowled the streets of Saturn City as the "Armored Saint", spending years fighting crime. Then, his assistant died and he promised to stop, with this comic portraying all that happened after. Clearly full of pent-up rage and sexual energy, Simon has been shown to us struggling to adjust to a "normal" personal and professional life. Meanwhile, we see various crime-elements of the city that had once struggled to survive the Iron Saint now flourishing and unsure what to do with their newfound freedom to operate. Oh, and a lot of characters have quite graphic (at least for a non-adult title) sex. That's basically the plot, but an assortment of other odd things occur too as this book is loaded with subplots--then again, maybe the subplots are the actual true plot? 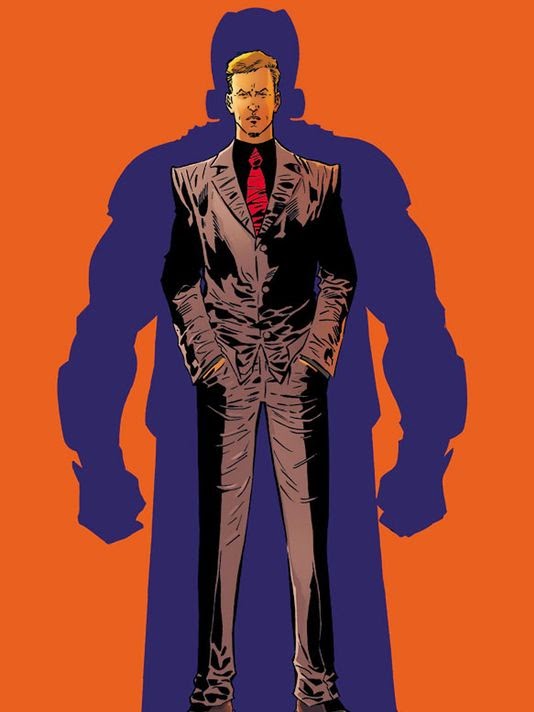 I say that the sub-plots could be the main story as I still am not sure just what the specific tale is which Casey is trying to tell. Is this a post-modern super-hero yarn that happens to lack any dressed-up heroes? Is it just a weird statement-comic about how people who dress-up (or did dress-up) in exotic personas probably have some unique sexual kinks? Is it just an excuse for Joe Casey to give artist Piotr Kowlalski cool stuff to draw? I don't know, but it does make for a comic that is quite weird.

As I said, a title being good doesn't really matter for this award, but I wanted to point out that "Sex" is actually quite fun, so it does have that going for it also. Any enjoyment aside this is still quite the strange title, and that's why it is my weirdest comic of 2014.
Posted by David Charles Bitterbaum at 7:18 AM