I've Got a Confession To Make...
We all have guilty pleasures. Those things we are embarrassed to admit--even to friends and loved ones--that we enjoy. I like anyone else have guilty pleasures too. My guiltiest pleasure in 2014 however was something that isn't necessarily bad for my health, but could be considered bad in terms of lacking almost any educational or useful-for-my-time value. Yes, I'm talking about reality television, specifically on TLC and Food Network.

Junk Television at It's Finest 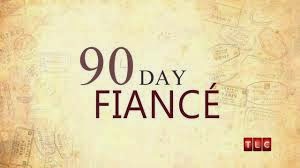 You can judge me for watching trashy reality television, I don't care. Okay, I do, but I'm still not going to stop. I just love watching restaurants see how their employees are behaving awfully on "Mystery Diners," or viewing Americans with a foreign love struggling with the decision to get married or not on "90 Day Fiance". I know often the shows stage scenes, stretch the truth, or otherwise engage in activities that make for, "Good T.V." but as I said, I just don't care. I just love watching people struggle to make a dish where all the ingredients start with the letter, "G," on, "Guy's Grocery Games," or viewing a man and his five wives figure out what to do about their house on, "My Five Wives."

It is something that I should perhaps be ashamed of, that with all the good, smart television out there I often still love to watch the most junky absurd fare. I find two short folk raising their kids on, "The Little Couple" sweet and fun to watch though. I work hard to stay edumacated an' smurt by looking at world events online, reading a newspaper now-and-then, or catching up on various broadcasts. I just also really like to watch people on a cooking show where you are encouraged to sabotage your opponents (It's called, "Cutthroat Kitchen," for those of you who are curious). 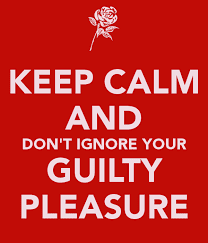 At the end of the day we should do what makes us happy as long as it doesn't hurt ourselves or anyone else. Therefore, watching trashy reality television on TLC and The Food Network may not be the smartest of most life-improving thing I can do, but we all need a little bit of our guilty pleasures now and then.
Posted by David Charles Bitterbaum at 5:04 PM