And The Winner Is...
To kick-off my series of segments looking at 2014 I thought I would make sense to start with some of my favorite comics from this year that were ongoing series. Now, I do have another post that deals with my favorite cancelled comics of 2014, but that will go up at a later date and these are ongoing titles that seem to be continuing into the foreseeable future. Now, in no particular order my top three ongoing series and an honorable mention... 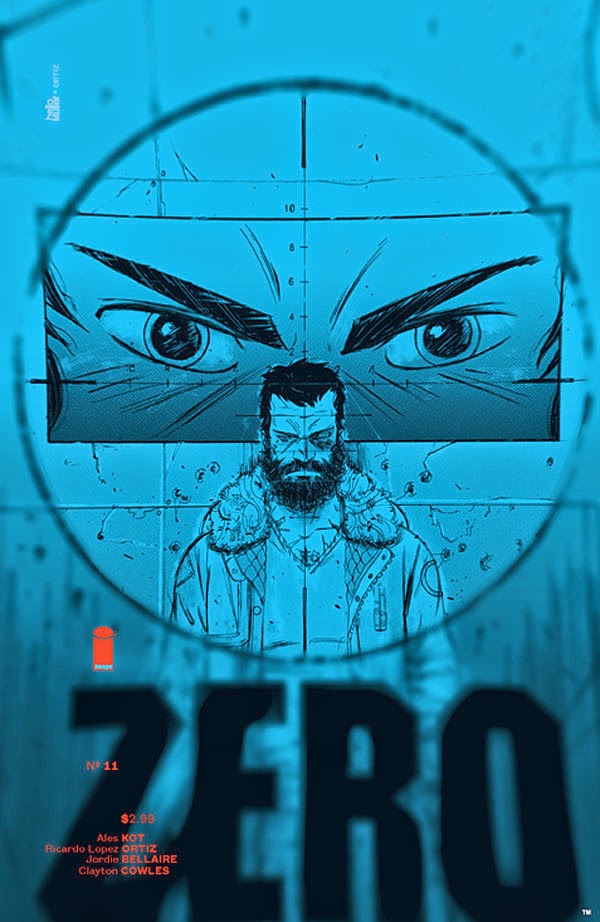 Ales Kot has a fascinating comic he is writing here. Each issue has a different artist (but the same colorist in Jordie Bellaire) but it isn't too jarring as often we view different times in the life of Edward Zero, a man who was raised by "The Agency" but then left it. It is a fascinating series exploring the mindset of a man who for so long lived in violence and then tried to achieve peace, but as we see from scenes set far in the future with Zero as a young man things went horribly wrong. Each issue's artist compliments the plot well, be it brutal violence, a peacefully quiet vignette, or whatever else Kot feels like having occur. I just really, really, enjoy this. 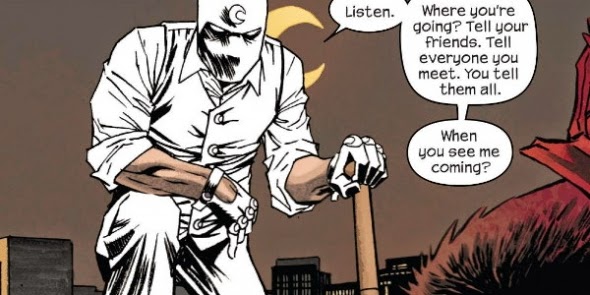 Warren Ellis absolutely killed it on the first six issues of this comic with artist Declan Shalvey and colorist Jordie Bellaire (the same person from "Zero"!) contributing art that complimented the writing in ways that resulted in something quite often amazing. I was concerned when Brian Wood took over writing with art by Greg Smallwood, but since came on I have continued to be impressed. This results in a comic that despite having a big change in writer and artist (thankfully Bellaire continues to supply amazing color-work) still found itself as one of my favorite books of 2014.

Moon Knight is of course a hero I absolutely love to a degree you could argue is an unhealthy level of fanboy-ism, so even if his comic were terrible I would probably pick it up. Therefore, it is just wonderful that a comic about one of my most beloved characters can also be a book I think is just stellar and which continues to impress even as it seems Marc Spector may not be as much of the "Moon Knight" he once was. What will happen before the next creative team appears for the next arc will remain to be seen, but as long as it continues the trend of quality work I'll be eager to read "Moon Knight".

The Wicked and The Divine

This one took a little while to grow on me, besdies instantly loving Luci. The early issues had me unsure what exactly I was dealing with, the immense cast could be confusing, and I wasn't sure if the main protagonist Laura was especially interesting a person. However, as the first four issues passed I found myself being more and more drawn into this world where every ninety years Gods manifest on Earth--but only for two years. I was fascinated by the pantheon of characters as we got to know them a bit better, and then the absolutely shocking events of the fifth issue (why did they do that to Luci?) followed by an ominous sixth have me completely hooked.

Kieron Gillen and Jamie Mckelvie are of course a stellar team, turning in such amazing works as  "Phonogram" or "Young Avengers", so when you get a writer and artist duo that seem to work so perfectly in sync it just results in a wonderful title. "The Wicked and the Divine" is a prime example of that and I am excited to see where it goes. 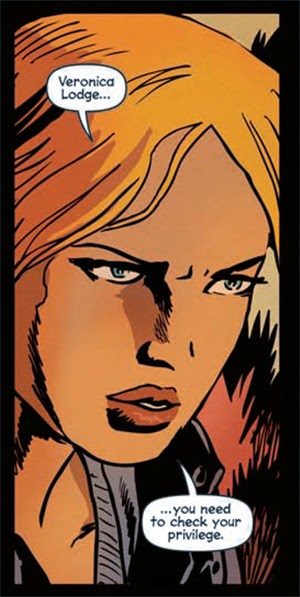 Is this really an ongoing comic? I mean, I suppose it officially is in that there is no determined final issue and we get a new entry in the zombie-infested adventures of Archie and crew every long once in a while. That said, this just comes out so rarely I wasn't sure I could truly say it was one of my favorite ongoing comics this year so much as declaring it is a stellar comic on the rare occasion an issue comes out of this sadly oft-delayed title. How delayed is it? Well, this issue discusses Thanksgiving and the next one which has an undetermined release date is the Christmas issue...and Christmas just passed us. All of that aside however, this is a stellar comic with art by Francavilla that blows my mind and quality story-telling by Aguirre-Sacasa. I just wish "Afterlife with Archie" came out more often than every 4 or 5 months.

There Are Plenty More Thoughts on 2014 to Share
That's the start of my thought-pieces on 2014. Come on back soon for more. It should be a fun six days.
Posted by David Charles Bitterbaum at 8:22 AM