Pleasing Sounds
Last year there were a number of albums I greatly enjoyed listening to. I liked Kanye West's strange minimalist-packaged "Yeezus" and Camera Obscura had a solid title too with "Desire Lines". This year what was my favorite album though? I guess there really wasn't one--at least not one that came in 2014. 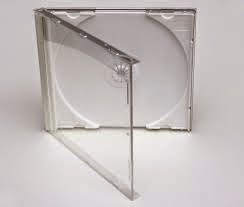 What does this mean that I can't immediately conjure up an image of my favorite album of 2014? Am I getting old and cranky, thinking all of today's music is subpar? I wouldn't say that, as there were plenty of songs I at least somewhat enjoyed this year, but to declare something the best? No, nothing actually was awesome enough for me to think of it as topping 2014.

Now, there were plenty of wonderful albums I discovered within 2014, but they didn't actually come out in this year. For that reason, I can't say something snazzy such as Girl Talk's "All Day" deserves the award as that is older at this point. Due to the constraints of only wanting to award a, "Best of 2014," to an actual album released in 2014, I guess this year we lack an actual winner. Perhaps in the future I'll discover something which came out in 2014 that is absolutely incredible, but that isn't the case today. Ain't that a shame?
Posted by David Charles Bitterbaum at 8:05 AM

Email ThisBlogThis!Share to TwitterShare to FacebookShare to Pinterest
Labels: 2014 in Review, music