2014 In Review--Best Single Issue of a Comic

A Single Shot of Awesome
There are some comics that are amazing series, but to turn in that one utterly stellar issue of a title that just causes the reader to pause and say, "Wow," can be awfully difficult. There weren't too many individual comics that on their very own in a singular issue made me feel utter amazement (some issues of the Ellis-penned "Moon Knight" did though) but one just utterly blew my mind. That comic interestingly enough is itself sort-of a one-shot, but also takes place as part of a larger over-arching event. In case you aren't sure what I'm getting at, I am discussing "The Multiversity: Pax Americana". 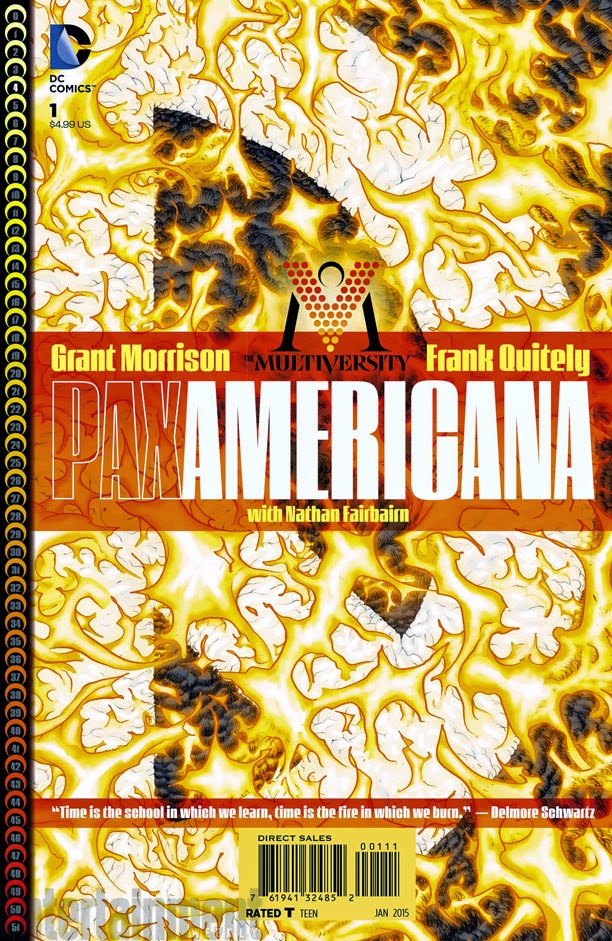 "The Multiversity: Pax Americana", or "Pax Americana" as I will now call it to save on space and time, is one of the strangest, most twisty and surreal comics ever. I may have mostly quit DC some time ago, but "Pax Americana" and the rest of "The Multiversity" is an example of the kind of amazing stuff you can get when you let a writer and artist loose with their genius ideas. I already wrote pretty extensively about the entirety of the "The Multiversity" so far (besides the now-newest issue, "Thunderworld"), so I would encourage you to check out that post for my thoughts on the "series" itself. "Pax Americana" is definitely the highlight so far, though.

Equal parts a riff on "Watchmen", a piece of "The Multiversity" and its own unique beast, "Pax Americana" is the kind of comic that you have to read multiple times to even start grasping what is going on. There are jumps backward and forward in time (sometimes on a single page), a spacious cast, multiple ideas or concepts being explored, and the art, dear God that beautiful art. 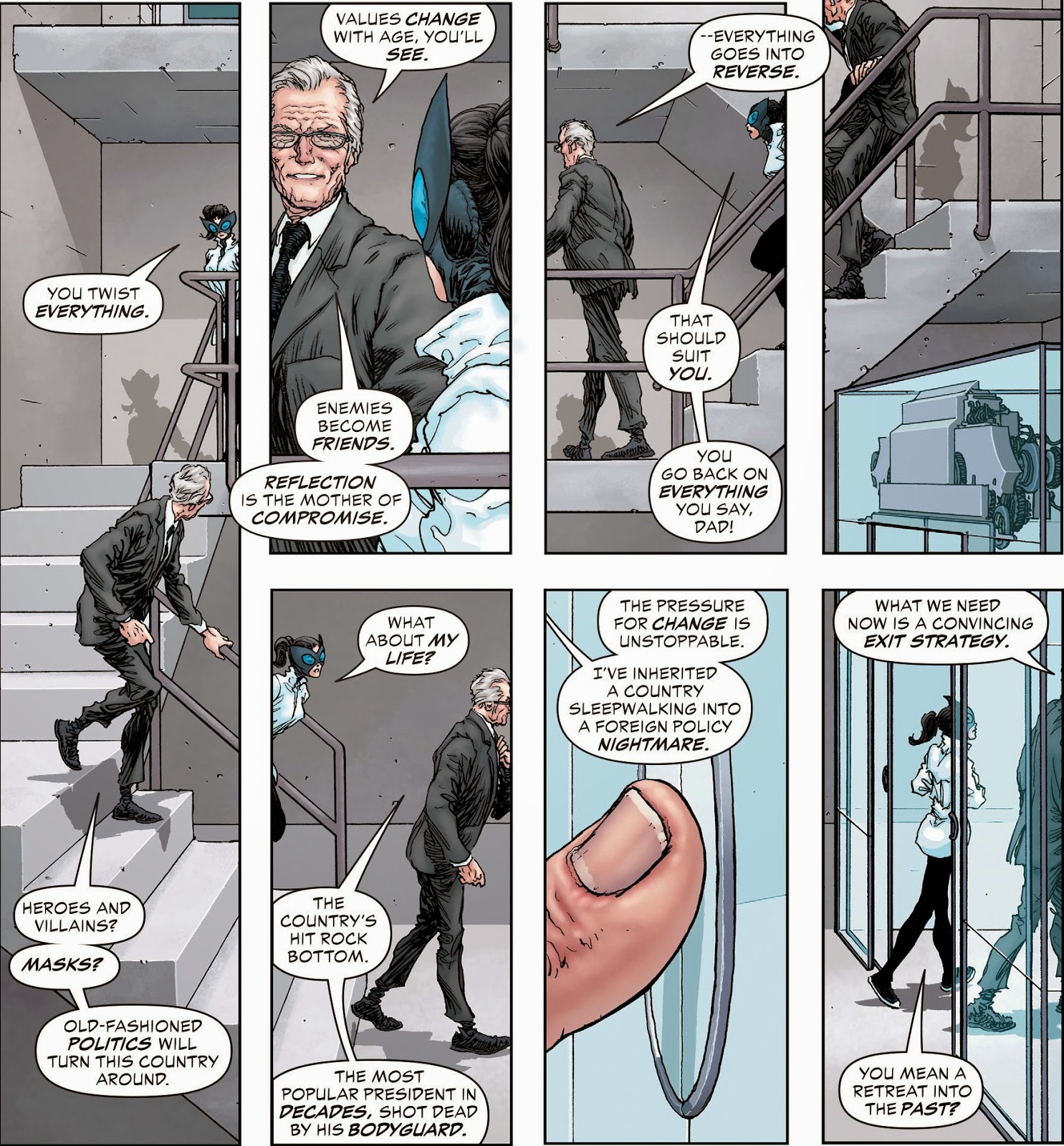 Morrison writes at the top of his game, Quitely draws at a level beyond I would think possible, and it is just something marvelous. "Pax Americana" is the kind of comic that serves as an example of why I read comics. It is a unique and marvelous artifact of our culture that shows what can be created when people work incredibly hard to design something amazing. As I've said before, even if the rest of "The Multiversity" were to be terrible somehow, it wouldn't matter, because we got "Pax Americana" out of it, and that's just wonderful.
Posted by David Charles Bitterbaum at 10:23 AM