Every Four or Five Years I Do One of These 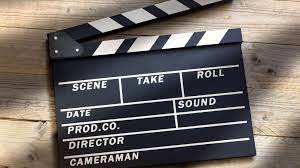 All the way back in 2011 I discussed two amazing scenes in two otherwise terrible movies. Then, in 2017 I wrote about two great scenes in a duo of otherwise underwhelming movies. Moving along this theme (but adding an extra flick) I randomly felt today like discussing three great scenes in three good movies. These movies have something that keeps them from achieving perfection, but they're still solid and have glimmers of sheer amazement in these three scenes.

I liked, "Spider-Man: Homecoming." I didn't love it, but I enjoyed it a great deal. That said, one scene utterly amazed me. It is funny that Micheal Keaton is the Vulture but he's scariest out of his outfit just being Michael Keaton. Later in the film, his character begins to piece together how Tom Holland's Peter Parker is, in fact, Spider-Man. Then, he calmy (eerily calmy) discusses what he knows with Holland. It's an insanely intense scene and my favorite part of the whole movie.

I've written previously about my issues with, "I Am Legend," changing its original ending after audiences complained it made them feel bad. It ended up having a nonsensical and stupid finale. Before that it's a solid movie that flirts with greatness but sometimes feels a little aimless. That said, the flashback scenes of when Will Smith's character and his family were considering evacuating New York City when the virus started are superb. They show a populace that is freaking out and a mess (kind of like we were during this current pandemic). My favorite scene happens during these flashbacks when everyone's eyes are being scanned for early signs of infection. Smith's wife registers as a, "Fail," and they start to drag her off. Smith starts yelling, everyone puts their guns up, and then it gets alarmingly quiet as Smith insists with a mixture of rage, fear, and desperation that they, "Scan her again." They do and she passes (raising questions about the machines too). It's a damn good scene that shows what Smith can do when you give a scene with something to bite into.

"Cashback," is an incredibly quirky British comedy (which I've recommended) that expands upon an Oscar-nominated short. It features a man named Ben who has trouble sleeping and gets a job working at a grocery store. To make time pass faster he imagines it actually freezing. The movie is purposely a little vague on if this is all in his imagination or if Ben actually has some kind of power. There is one moment where the flick suddenly takes on a slightly horror-styled vibe, however, that stuck with me. Ben pauses for a moment and wonders if he does this whole time-freezing thing what is stopping someone else from doing it too, or joining him? Then suddenly a man in a hoodie darts out of the room Ben's in and runs off. It's a brief unsettling moment in an otherwise pretty silly and fun flick. It hints for a moment at how, "Cashback," could be a totally different kind of movie if certain tonal aspects were changed. That makes it stay with me. 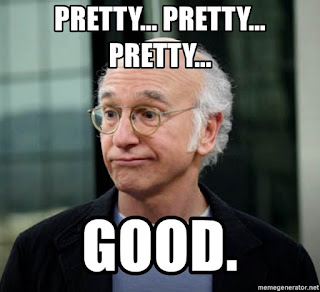 These are some good movies that I like watching. They aren't great, but they're really good, and these scenes within them are stupendous and make them come close to being even more impressive...if that makes sense. This was fun though. Next time (in another four or five years, maybe), I'll perhaps talk about weirdly bad scenes in stellar flicks? We'll see.