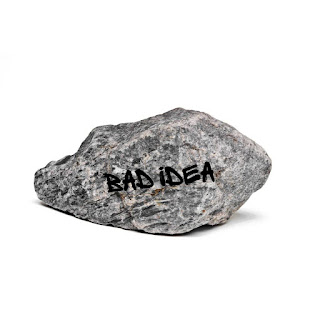 In my most recent capsule reviews, I discussed a comic published by Bad Idea and observed how, "...Bad Idea Comics puts out some good stuff and if they let their books speak for themselves without doing dumb P.R. stunts they'd still get plenty of ink written about them for their quality titles. That said, they keep doing weird stuff that overshadows how clever and fun some of their comics are." Well, little did the me of October know just how dumb the P.R. stunts would get.

Bad Idea did a promotion where you could mail in pins to get exclusive comics. These pins are given out to the first people to get the first issue of a new release at a comic store. The company warned there would be other redemption opportunities so folks would maybe want to save their pins. Bad Idea just revealed the latest thing you can redeem a pin for. It is a rock. A literal, unimpressive rock. They might write, "Bad Idea," on it, but that's it. 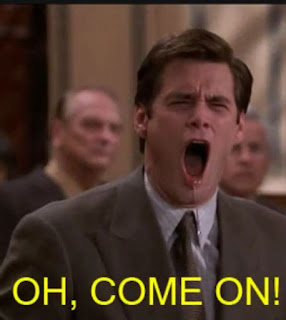 Unless this is all a trick and people who send in a pin get a rock and something really cool, I must say this is a dumb marketing stunt that serves as a large middle finger to fans of the brand. They say even bad press is good press, but come on, a rock?