I Just Remembered that Mini-SDCC Event is Happening 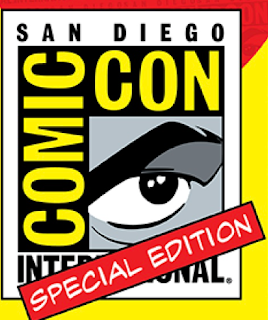 I and many others forgot that Comic-Con International (also known as the massive San Diego Comic-Con) announced they would be doing a small show over Thanksgiving weekend. They announced it earlier this year and it was a substitute for not having a massive convention. It's been happening and apparently been extremely quiet compared to a regular show but still fun. I still think having a con over Thanksgiving weekend sounds difficult (traveling is already a nightmare with the holiday), but as long as everyone is having fun and being safe, I suppose it'll all work out!

Posted by David Charles Bitterbaum at 10:21 AM