The Whatnot App is Quite Interesting 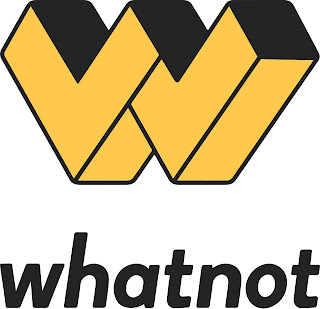 I always like examining new social media or item-selling apps. Some start strong and then fade away--remember Ello? Others have been around and are pretty popular still--folks love Twitch and now are allowed to be good-looking on it too if they can't help appearing sexy. TikTok is a juggernaut in the social media space as well and I need to try and make more little videos for it. Well, now there is a newer streaming platform called Whatnot, and it is pretty snazzy. I would describe Whatnot as if Facebook Live or another live-streaming app had a baby with eBay. It is earlier in its existence to you have to apply and be approved to stream, but anyone can tune in to shows. If you've got payment information entered you can take part in auctions or, "Buy it now," items.

The app right now has a heavy focus on collectibles such as Funko Pops, Pokemon cards, sports cards, and a smaller (but enjoyable) comic-book presence. Sellers are rated like on eBay and I've bought some cheaper comics that have arrived in the condition promised. With auctions, people sometimes seem to have a tendency to overbid, so something you'd hope to get cheap goes for a lot more--that's great for sellers but bad for you if you're after a collectible for a cheaper price! I've still been able to get some neat things for stellar prices by tuning into the right steam at the time--I got a first printing set of some issues from, "The Department of Truth," for well below the current trending price for those issues.

As someone who enjoys selling stuff on various sites, I would love to be able to stream on Whatnot and have in fact applied to be a streamer. In the meantime, I will continue to enjoy watching streams as many of the people doing shows are pretty cool and fun to watch even if you aren't buying anything. Should you be into collectibles or just like checking out new social media apps, I'd recommend giving Whatnot a viewing on the smart device of your choice.