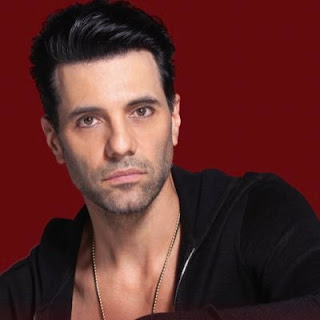 Back in the day, I would watch magician Criss Angel do all kinds of weird, gross, and sometimes body-harming tricks on his show, "Mindfreak." Apparently, he is still around and going to open an oddly named restaurant titled, "Cablp." The name makes a little sense once it's explained it stands for, 'Criss Angel's Breakfast, Lunch, and Pizza." As someone who really likes breakfast as well as pizza (and I enjoy a good lunch), the general idea sounds nice. I also approve of the idea that pizza will (I assume) always be an option regardless of the time of day. Cablp will be in Overton, Nevada, which is around 60 miles outside of Vegas.

Apparently, "Angel will use the space as a magic room, where he and his friends will perform, while Cablp will also participate in a youth job program and a free meal outreach program to feed families in need and families of pediatric cancer patients." So, he's giving to good causes, doing freaky magic, and I can eat pizza? That sounds like a pretty good time to me. The food business is, of course, known for being quite hard, so I hope Angel is going in with realistic expectations and a good game plan/budget. I wish him the best and if I'm ever in Overton for some reason I'll try some pizza at Cablp.