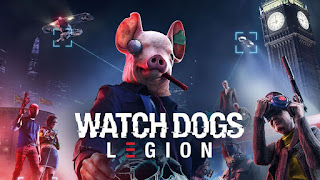 I played the first, "Watch Dogs," game a decent chunk despite the unlikeable main character. I enjoyed the 2nd, "Watch Dogs," even though it was a lot more of the same because of the very easy-to-like characters. The hacking gameplay was always solid, but I often found myself getting bored. Now we've got, "Watch Dogs: Legion," where the main gimmick is you can recruit literally almost any character to join your hacker team as it takes on an evil private military corporation in the UK. My impressions are that it is a fine game, but a little dull. I didn't really play enough to feel I can do a full-on review, so I'm just going to offer some thoughts.

When anyone can be the main character it results in none of the characters being that interesting. The gimmick of recruiting different folk with assorted skills that the game randomly generates is cool and all, but none of the folk I found happened to be that intriguing. They were a random jumble of stats, facts, and even with the random generation two characters looked and sounded almost exactly the same who I got to join my hacker squad. The voice acting was solid, but it seemed like random phrases being spouted off as opposed to much else during cinematic moments or when squadmates chatted. It made me feel less invested in the story even if the gimmick of playing as anybody is kind of cool. 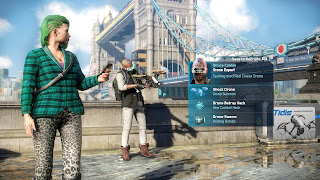 I was having fun playing, "Watch Dogs: Legion," but it didn't wow me. It was just perfectly passable fun. The gameplay was solid, the graphics were good, but besides the, "Be anybody," feature it was more of the same from the series. I returned the Playstation 4 copy I rented yesterday and did not have the urge to check it out again. That kind of says it all.