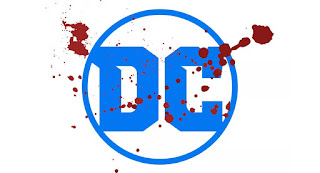 Back in August, on the day I had my surgery, the company known as DC had what many referred to as, "Bloodbath," of layoffs and cost-cutting. The company eliminated multiple departments, got rid of, "Redundancies," and there were rumors even more people let go. It seems that rumored day has come as just a day after DC gave us a feel-good story about a longtime editor becoming the editor-in-chief (Marie Javins) they go and lay-off a ton more people. Apparently, one element of the cost-cutting measure is to get rid of highly paid execs and replace them with lower-level executives who get smaller raises, in addition to getting rid of expensive creator contracts that keeps talent exclusive.

DC's parent company, Warner Brothers, basically is cutting everything to the bone in an effort to have DC cost as little as possible--with comics being more and more of an afterthought compared to toys, movies, and other multimedia properties. DC is more of an IP company in WB's eyes than it is a comic company, clearly. This has made it rumored we could see a, "Tsunami," of creators fleeing DC for other publishers from the big competitor--Marvel--to other respected and smaller companies. As someone who loves comics, it does feel like a shame to see DC falling into such a state. A part of me worries if Marvel's parent, Disney, will always be so encouraging of the comic division, but perhaps I worry too much?