Television Tuesday, but It's Actually Monday: "Westworld," is Back! 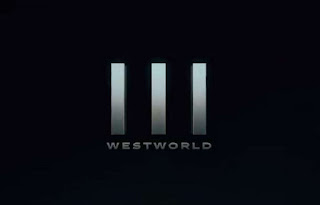 It's been two long years, but, "Westworld," is back with season 3. HBO wants to get us hooked on a show so we pay them a subscription fee, so this weekend was free and allowed us to easily watch the first episode of this new season. From looking at the internet opinions seem quite mixed. I quite liked it, and was surprised how there were some mysteries introduced but the show felt pretty straightforward. I mean, think of how wonky season 2 was and compared it to the lack of much time-jumping shenanigans.

Some people are sad we are more-so out of the park (although there are clear signs we are going to be visiting more, "Worlds," within the park this season), but I think it makes sense to have shifted the focus from Westworld itself to the rest of the World impacted by its existence. Evan Rachel Wood was a lot more of a villain in season 2 but seems to be on more of an anti-hero path now which works nicely, Aaron Paul is a brand-new addition to the cast (and the only human main character now) and does a fantastic job as an ex-soldier named Caleb dealing with bad economic straits and PTSD. We've also got Tessa Thompson although which host is inhabiting her body is yet to be seen. 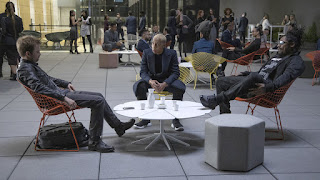 A number of other fantastic folk have yet to appear (Ed Harris) or only pop-up at the end (hey there, Thandie Newton/Maeve), but I'm sure they will be making an impact. Oh, and I have always been a fan of Jeffery Wright's Bernard Shaw too, and he's up to something. Basically, the cast is awesome and even people who dislike the show agree with that assessment. I think the changes in focus for the show are a natural evolution as simply staying in Westworld forever would have been boring--the show can illustrate how, "Westworld," changed everything without just being Westworld. I think that is the biggest point of disagreement for those who watch the show.

I think there are people who liked it when the show was more self-contained with season 1 and others who think it didn't really take-off until the 2nd season--that's me. It's a damn good show and I'm excited to see where this season goes, maybe I'll have to get the HBO app for some weeks to watch this and some other content while we are all trapped in our homes for the next forseeable weeks due to COVID-19.
Posted by David Charles Bitterbaum at 1:06 PM