Sony and Marvel/Disney Are Squabbling 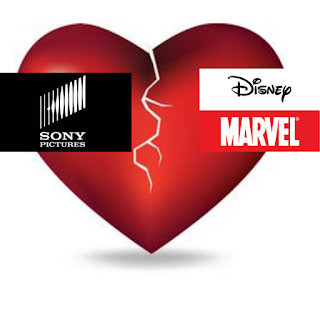 As lots of folk know, "Spider-Man," and his film rights are owned by Sony due to how in the early 2000's before Marvel became absurdly profitable (and bought by Disney) it had to sell movie-rights to not go outright bankrupt. Then in 2008 Marvel made, "Iron Man," then made some more flicks, was bought by the House of Mouse, and here we are today. Disney/Marvel also acquired Fox recently so now the X-Men and Fantastic Four (whom Fox had film rights too) can be in Marvel flicks as well. However, Sony and Marvel have had a very interesting agreement. Essentially, Spider-Man could pop-up in Marvel's movies and Marvel heroes could be in Spider-Man's movies but everyone kept the rights and most of their individual money from those films. There could be other Sony-hero movies (like, "Venom,") and those could involve Spider-Man too even, but no Marvel Cinematic Universe stuff. It was a unique little set-up, but it seemed to work. It may be falling apart now with Sony and Marvel having a nasty break-up.

I think everyone is probably a victim of their own success. Since the newest Spider-Man first appeared in, "Captain America: Civil War," and the rest of the agreed-upon shared movies have wrapped the Marvel Cinematic Universe movies have gone on to make even more cash, and Sony probably feels emboldened with their own hero-movies thanks to, "Venom," doing incredibly well. Hence, we have two companies butting-heads over who gets how much much money for each other's flicks and any kind of deal to basically, "Share," Spider-Man is possibly quite dead in the water for now. This is awkward as Spider-Man is now so ingrained with some of the Marvel heroes and them popping-up in his movies, it would be awkward for Marvel to try and completely ignore Peter Parker or the next, "Spider-Man," to drop any pretense of the, "Avengers," existing in his world. 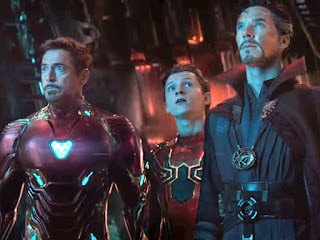 I think some kind of deal will be reached eventually as both Sony and Marvel/Disney know full well even if more cash has to be shared, even more money will still be raised having this shared-Spidey agreement than keeping stuff overly separate. Perhaps we will see a weird splitting-off of stuff, but it would be less messy if an agreement is made.
Posted by David Charles Bitterbaum at 7:10 PM