Reviews of Some Books and Comic TPBs I've Read Lately

Reading, Always a Pleasure (Unless the Book Sucks)

I always try to be reading interesting stuff. Be it comics, fiction, non-fiction, or whatever else looks interesting. Thanks to resources such as my local library, Hoopla (a digital system libraries use) and buying some things as well I've read some assorted interesting books and comic trade paperbacks lately. I shall now share reviews of them.

Thoughts on the Things I Read 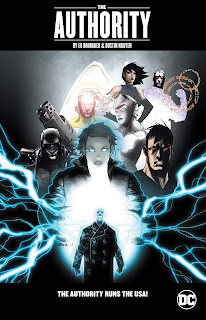 The Authority by Ed Brubaker & Dustin Nguyen
After The Authority took over the planet Earth in a big event writer Ed Brubaker and artist Dustin Nguyen had the unenviable task of figuring out, "What next?" As some stories have addressed, once you take over the World the easy part is done, the hard part is actually making everything still run. This book addresses that but then realizes having a super-team argue about hemp legalization would be dull if it made-up the whole series so immediately forces try to take the team down and things get interesting when The Authority goes, "Forget it, let Earth do whatever." From that point mysteries arise and the book gets going in earnest with some awesome visuals by Nguyen of weird realities and other trippy things. It was a solid run by Brubaker and Nguyen, and a decent read, but is by no means especially notable.
3.5 out of 5 stars. 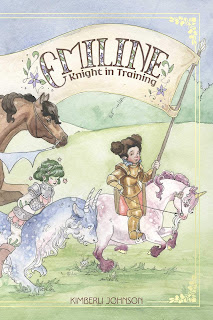 Emiline: Knight in Training
This book is a fun little book geared towards children in a comics-format that discusses a young knight named Emiline who struggles with reading. The author of the book, Kimberli Johnson, is someone who is herself familiar with this struggle as she has dyslexia. Throughout the book Emiline is encouraged by her friends to think of her strengths anytime she doubts herself and to continue working on reading to build-up her confidence. It is a sweet little book and a great read for families that want to boost the confidence of their little ones who may doubt if they are smart or skilled if they struggle with any specific task. As the book makes clear, we all have our own special abilities and through support can always work on the things we find more challenging.
5 out of 5 stars. 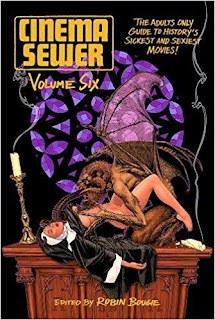 Cinema Sewer Volume 6
Switching gears from a book geared towards kids to one specifically for adults, here is the sixth volume collecting issues of the long-running 'zine, "Cinema Sewer." Started by writer (of most articles) and editor Robin Bougie in 1997, "Cinema Sewer," has since come out annually and then had chunks of its issues collected tidily in softcover books. Bougie will write about a wide-range of subjects, but generally his focus is on trashy cinema from multiple eras including but not limited to, cheesy sci-fi, tacky horror, and vintage hokey porn. As the name implies, Bougie has an extensive knowledge of and fondness for the most garbage-quality movies that ever were made. The secret to all this is how he makes you care about these trashy films. His writing-style is superb and arguably why his 'zine has been so long-running, both funny and laid-back yet encyclopedic and detailed.

Boguie also is a cartoonist and will at times throw in his own funny illustrations and comics about these, "Classic," movies as well which gives things an extra personal touch that he cares enough about some forgotten 1970's raunchy horror movie to do a funny doodle of it. The books that collect the best of his 'zines and have additional unique material are just fun to read in how wide-ranging and zany they are, and I hope Bougie keeps making individual issues and big collections of, "Cinema Sewer," for many more decades to come.
5 out of 5 stars. 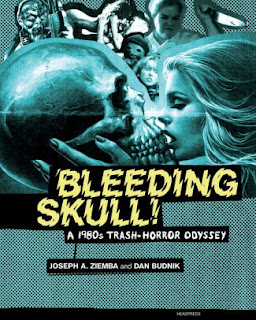 Bleeding Skull: A 1980's Trash-Horror Odyssey
Another book that covers the subject of delicious trashy movies, but with this one more exclusively focused on the low-budget horror films of the 80's as opposed to the more wide-ranging view of, "Cinema Sewer." Featuring an alphabetical order of a wide-range of horror movies ranging from those that are arguably diamonds in the rough to so-bad-they're-at-least-interesting, " the book is much like the website dedicated to cult movies it draws its name from (bleedingskull.com), extremely personable and highly entertaining. These articles about movies are not meant to be thoroughly-researched, but instead feature the authors sharing their thoughts and opinions on the flicks as well as commenting on the kind of era that produced such a surreal mixture of genius, schlock, and ingenious schlock that could've only happened in the Wild West of film-making that was the 1980's. A delightfully weird read.
5 out of 5 stars. 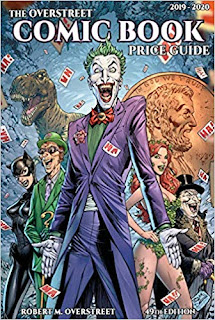 Overstreet Comic Book Price Guide 49th Edition
While the value of a comic can suddenly fluctuate with a movie announcement of such (see: anything with Jane Foster as Thor after the most recent CCI/SDCC) there is still a solid reliability to Overstreet an its gold-standard price-guide for examining overall trends and getting a general idea of what a comic may be worth. There are also lots of articles from assorted pros and the main subject of discussion was one of the biggest news stories of the year--the passing of Stan Lee. A lot of discussion about his impact on comics is within the book and then the main contents are of course the detailed pricing guide. It is a stellar reference book and a trusted resource for comic-pricing so it makes sense it'll be celebrating 50 editions/years of success next year.
5 out of 5 stars 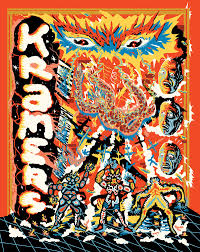 Kramer's Ergot 10
The well-known anthology series with longtime editor and contributor Sammy Harkham is at this point arguably beyond much criticism, being the anthology read by both comic-fans and the, "Mainstream," who are willing to read a comic now-and-then if it is respected/popular enough. That said, putting aside all the hype and mythos with a new edition of, "Kramer's Ergot," it is as always a really solid anthology for sure. Anthology books can be really hit-or-miss depending on the tastes of readers, but Kramer's really does usually have something for everyone from artsy-comix fans to those who like some humor, and general solid stuff. I won't give a full break-down of the book as others have written better long-form thoughts than I think I could, but know it is a solid book and a more commercial-friendly version of Kramer's than some more recent editions, for better or worse.
4 out of 5 stars. 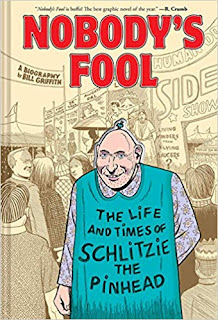 Nobody's Fool: The Life and Times of Schlitzie the Pinhead
Bill Griffith is famous as the creator of the long-running newspaper comic, "Zippy the Pinhead." That is of course a comedic strip, but Griffith's biography of the famous, "Pinhead," Schlitzie is a serious affair (that does still have some humor for situations that were funny). Griffith goes into detail about the possible origins of the famous sideshow performer who appeared within the movie, "Freaks," and by all accounts was a really sweet man who made the best of life despite at times facing horrible mistreatment due to his physical and mental disability.

Griffith also keeps things extra interesting with when he later inserts himself into the story, describing how he first came across Schlitzie within the movie, "Freaks," and then found himself fascinated with the man. The book shifts back into its regular mode after this interesting autobiographical aside, but little personal touches like that which illustrate why Griffith was so fascinated with Schlitzie that he wanted to write about him help make the book feel extra heartfelt and interesting--it of course helps that Griffith is a fabulous illustrator too. It all results in a fascinating story about a real mean who faced many unrealistically difficult situations and challenges.
5 out of 5 stars.
Posted by David Charles Bitterbaum at 10:02 PM