E3 Happened A Bit Ago 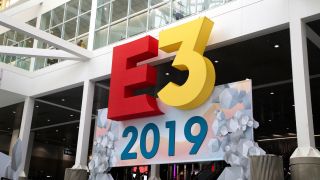 That big Electronic Entertainment Expo or, E3, as it is also known, happened a bit ago. It used to be a huge deal, with video-game companies making big announcements and such. Now it gets some press but is a lot less of a, "Thing." There were some interesting tidbits, such as the fact Microsoft plans to launch a new console during the holiday 2020 season, and how that long-in-development, "Cyberpunk 2077," has a definite release date (April 16th, 2020) as well as a digital Keanu Reeves, which is exciting but also as more is seen of the game some social-elements are a bit...problematic. Also, "Dying Light 2," looks kind of cool with is multi-layered cities, plus that, "Final Fantasy VII," remake keeps chugging along, but there wasn't anything super-wild and crazy announced that hadn't already leaked to some degree before the show (sup, "Watch Dogs: Legion,") or is specifically of interest to me even if other folk are pumped (a new game with George R.R. Martin involved).

E3 happened and some cool stuff was there, but it wasn't as wild as back in the day; that sums things up pretty well. Oh, and also that, "Avengers," game from Square Enix looks kind of off-putting and its annoying it'll be one of those, "Service games," you get sporadic little updates to. That does not inspire much excitement within me.
Posted by David Charles Bitterbaum at 9:26 PM