Could the Blues Take Home the Stanley Cup Today? I Hope! 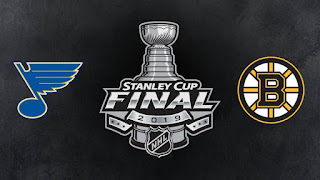 I live in Saint Louis and the one sport I remotely follow at all is Hockey. Therefore, I am pretty pumped for the Saint Louis Blues to play this sixth game of the Stanley Cup today, and possibly even win it for the first time ever! It has been a wild season, with the Blues ranked dead-last among all the teams in January and now a single game away from being champs. Much of the credit for this goes to the incredible goalie, Jordan Binnington, a relative rookie who is possibly already one of the top goalies in the league. No matter how great a goalie is at blocking shots however you need the team to score too, and the Blues have had some solid play-lines, with each one contributing greatly to their success from the big-name players such as Tarasenko, Schwartz, and O'Reilly to less-discussed but still key guy such as Sundqvist, Dunn, and Thomas (who has been injured and unable to play in the Cup, tragically).

Could the Blues take home the Stanley Cup today? I sure hope so, as it has been nearly 50 years since the last time they even had the chance to do so and this is the first time ever they might just make good and take the series in six games--on home ice, no less. Should they fail to win, we will get a Game 7, but it will be in Boston on the Bruin's home turf and that just sounds like trouble. Here's hoping the game tonight goes well and the Stanley Cup stays in Saint Louis, where it belongs after this crazy season!
Posted by David Charles Bitterbaum at 12:28 PM