Marvel Announced Some Comics at C2E2 This Friday and Saturday 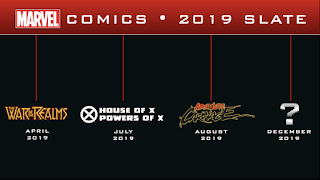 Yesterday and today at C2E2 Marvel announced some comics. Some sound like events that might have lots of tie-ins (or we already know will thanks to previous statements) and others are more like mini-series. In chronological order... 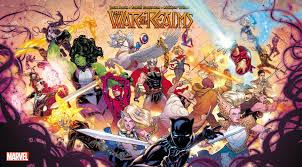 War of the Realms, April 2019
This has already been announced, hyped, has tons of comics that relate to it, and I don't really have any interest in the thing. It relates to Thor and the Ten Realms of his mythological people. It has an absurd amount of tie-in comics and I'll perhaps read some summaries of it online and may inadvertently read one or two books that relate to it if they are titles I already enjoy that are dragged into the ordeal. One thing tangentially related to it that does sound fun though is a, "Valkyrie," series co-written by Al Ewing and Jason Aaron (no announced artist yet, I believe). 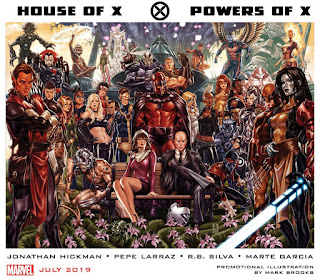 House of X and Powers of X, July 2019
This is what Marvel was teasing with those odd little promos the past weeks. Jonathan Hickman is returning to Marvel and doing two mini-series of six issues each involving a great deal of X-Men. They are titled, "House of X," and, "Powers of X," and apparently the letter X is supposed to be pronounced as a, "Ten," which is maybe some kind of story-hint. Many predicted he was going to be doing an, "Eternals," comic but as I generally love Hickman's work I am happy to see him doing whatever he's passionate about. 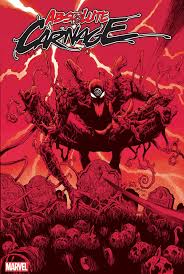 Absolute Carnage, August 2019
I have a big soft spot for Venom as someone who was a kid in the 1990's. That said, Carnage has often struck me as an attempt to do an even edgier and more bloodthirsty villain that tries way too hard. However, the newly announced, "Absolute Carnage," has Donny Cates writing it and Ryan Stegman is doing the art, so between those two stellar talents I'm willing to give this comic (be it an event or mini-series) a shot. It invovles, "every single character who has ever worn a symbiote and every symbiote that has ever been, going all the way back to when Peter found the black suit,” and Carnage trying to hunt them all down and kill them. Considering how almost everybody has had a symbiote attach itself to them at some point or the other it isn't an exaggeration when Cates says how, "Everyone is a target." 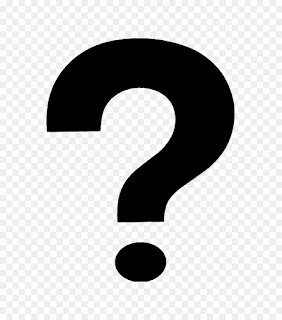 Mystery Comic, December 2019
Nobody knows what this or could be, hence it being a mystery. Currently I've seen the guess that it could be something relating to the Ultimate Universe coming back in some shape or form. It's mindless speculation, but that could be fun if it happened. Between some of the announced stuff sounding good and other things making me shrug, it should be a decent 2019 for Marvel in terms of their comics--I already know with, "Avengers: Endgame," coming in April its film division is gonna be swimming in money.
Posted by David Charles Bitterbaum at 8:56 PM