Early-to-Middle-ish of March News and Links 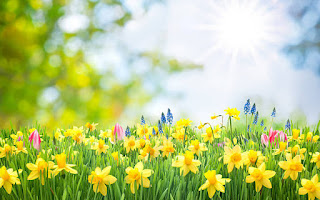 It is the early-to-middle (or so) time of March. Spring should supposedly be here soon (the 20th). Let's bide our time until the weather hopefully gets nice by enjoying articles/links from the internet I thought were interesting enough to share.

Things to Mull Over
Shall we start with something that might anger a lot of people? How about how, "JK Rowling was always this terrible," with its discussion of how Rowling maybe gave us some cool fantasy stories with her, "Harry Potter," books, but since their publication has continuously done a variety of actions that come off as pandering at best (declaring Dumbledore is gay despite not actually putting it in the books) to absolutely tone-deaf (using Native American culture as props, other racial insensitivity, questionable gender-role imagery, the list goes on). Rowling has seemed like a socially-liberal leader at times for folk, but she has over time revealed some toxic tendencies often witnessed in, "White Feminism," especially.

I am prone to saving basically all my emails, various sound files, images I've used for the blog, etc. but this article about self-described, "Digital Hoarders," covers people who take collecting and collating things to a whole new level. One interesting takeaway from the piece is how people who physically hoard things at times are depressed and isolated, but digital hoarders often love to share their collections of stuff with others and discuss it.

Considering how long comic-maker R. Crumb has been known for his eternally-horny state of being and oftentimes discussing very sexual matters in his comics, it is a bit strange to see him discussing a diminishing libido as he grows older in this piece by, "The Guardian." 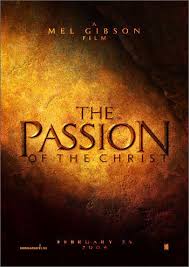 I always felt that from what I saw of the movie, "The Passion of the Christ," it came off more like a weird simulated snuff-flick with religious overtones than some kind of incredible and important film with a special message. Instead of focusing on the messages Jesus brought for people to learn from, Mel Gibson zeroed-in on showing his death in the most bloody and grotesque manner possible, with dashes of Antisemitism thrown in too (he made good on those hints 2 years after the movie's release with a drunken tirade when pulled over for a DUI). That said, the movie was a smash-hit and The AV Club has a fascinating article covering how to this day apparently is still adored by a number of people as a supposedly great way to reinforce their beliefs and reassure themselves through buckets of fake blood whilst traumatizing their young children forced to sit and watch.

You know, everyone seemed to assume the, "Gambit," movie wasn't happening as the people who were rumored to be at all involved with it seemed indifferent to the whole thing other than Channing Tatum and his surreal insistence the the film get made. Apparently we can blame the most recent (and terrible), "Fantastic Four," movie for somehow sinking the chances of a, "Gambit," flick before Disney acquires Fox and proceeds to demolish anything Fox's movie studio has done with Marvel characters--besides making Deadpool worth a whole lot of cheddar.

Someecards may be full of clickbait articles and a bit junky at times, but I'll be damned if I didn't love reading this collection of, "The 18 best clapbacks at anti-vaxxers in internet history." Once I read the line where someone advised an anti-vaxxer who was concerned about measles but still refused to vaccinate their kids to try, "Thoughts and prayers," I was laughing heartily. 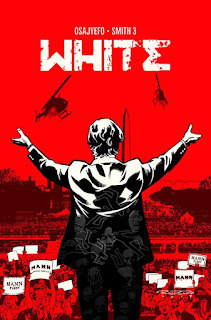 I was a big fan of the comic, "Black," considering it one of the best new comics of 2016 when the mini-series started coming out at the end of that year. It has had some spin-off books, but the first true follow-up, "White," reunites the whole creative team (of course including writer Kwanza Osajyefo and artist Jamal Igle) to give us an uncomfortably allegorical story about a racist President using the idea of superpowered black individuals as an excuse to enact horrific policies. Subtract, "superpowered blacks," and replace it with something like, "Migrant workers," and you basically have a story ripped from the headlines. I've backed its current Kickstarter campaign and would encourage you to do so as well.

Sometimes we really want a video-game to be good, and we want this so badly we deny how flawed and broken things can be (or acknowledge it but keep plugging along). This article from Kotaku says how sometimes, "It's Okay to Stop Playing." It took me till I was older and realized how time was too precious for crappy games to understand I can quit something if after awhile it just isn't doing it for me anymore.

Lastly, a whole lot of people (some pretty famous) seem to be in a great deal of trouble due to bribing big-name colleges into admitting their kids. Having attended colleges that both are lesser-known or supposedly impressive to have gone to, I'll tell you in my personal opinion the, "Name," of the school doesn't matter nearly as much as finding supportive educators to learn from and the work you do to make sure you grow as an individual. That's just my 2-cents.

Come On, We Need Spring 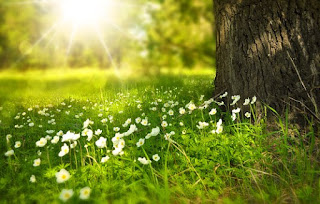 As I said at the start, Spring is close. After a mixture of snow, rain, thunderstorms, more snow, and general miserable weather I'd like some nice 68-degrees-and-sunny-but-not-too-sunny days. Come on, Spring, we've earned you after this miserable weather!
Posted by David Charles Bitterbaum at 12:34 PM