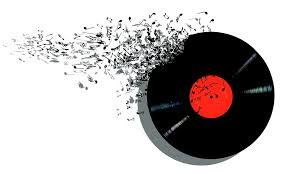 I love listening to music and have been trying to talk about it more off-and-on with the blog here. There are some albums that have been in my musical-rotation lately that I felt like discussing. Note that these aren't really reviews, because I'm not going to assign my usual star rating. Think of this more as my sharing of some casual thoughts. 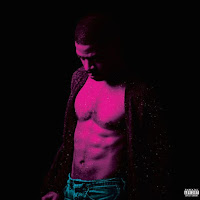 Kid Cudi rarely makes things easy. By that I mean his music generally isn't simple little pop-jams with catchy beats and hooks. No, Cudi likes to make epic, in-depth sonic-experiences, and despite some previous albums struggling to live-up to his earlier works, this latest LP contains some good--if not always amazing--stuff. "XXL," calls it a, "Return to form," for Cudi, and that descriptor fits pretty well. It isn't a masterpiece, but it definitely is listenable and something I enjoyed. Plus, Andre 3000 stops by for a bit at times on the album and that's always a treat for his somewhat-retired genius to spread some love(a number of other talents appear too, from Travis $cott to Willow Smith, of all people). As I stated though, Cudi rarely makes things easy, and this album drags a bit while achieving its 90-ish minutes worth of content.

Cudi could have kept the good stuff like album-opener, "Frequency," or, "Rose Golden," and easily shortened or cut completely some other material like, "Swim in the Light." Cudi arguably doesn't want to make things easy though, so I would imagine he likely doesn't care if his music is at times challenging, or difficult. I mean, there still are a number of wonderful moments inserted within the irritation so maybe he does know what he's doing after all, long run-time or not. 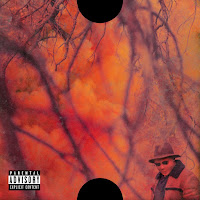 I liked, "Blank Face," and how it often had a drugged-out and spacey vibe. A lot of the time tracks seemed to trip-up and spill over one another, with sluggish beats and Q's rhymes working well in Unison. One song that exemplifies this is, "THat Part," which also features Kanye West and over some ominous instrumentals builds up a delicious uncomfortable tension. That said, my favorite track on the album actually breaks-out of the usual motif. "Blank Face," is both also the album's name and incredibly engaging to listen to. Throughout Anderson Paak's guest-appearance full of piano-accompanied crooning we get a surreal mish-mash of the earlier hazy sound as it meets-up with a more organic sonic experience. It's a good album and hearing that a follow-up is being made for release this year gets me excited!

"Awaken, My Love!" by Childish Gambino 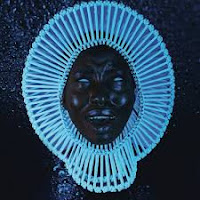 If you want to talk about a shift in musical styles I'll tell you to just look at what Childish Gambino AKA Donald Glover has presented us with on, "Awaken my Love!" No longer rapping at all, instead Glover has made a fascinating funk-rock-jazz fusion album that at some points sounds straight-out of the George Clinton-era ("Boogieman") and then swerves into grimy pop-rock ("California"). It's wild to think the man behind a catchy-but-formulaic rap song like, "3005," now has evolved  to give us something as indelible as album-opener, "Me and Your Mama." At times a song will feel like it's dragging a bit ("Zombies," gets old), but then something intriguingly bizarre like, "Redbone," will come on and my attention is fully-grabbed again. With his sound morphing so much lately I'm not sure where exactly Glover is going next musically, but I'm eager to find out.

"Birds in the Trap Sing McKnight," by Travi$ Scott 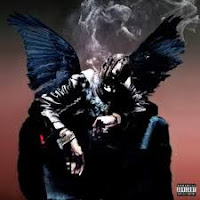 Besides being a mouthful, that album title is very weird and hard to decipher. I've previously discussed how Travis Scott has the ability to give us songs with surreal sounds that just absorb a listener in. His rapping abilities have been questioned repeatedly, and even if his guest lyricists outshine him often, Scott gives us some quality songs on this LP. I think Scott's best instrument is arguably his voice--not his raps, but his voice itself. With its moans, growls, and hums, Scott creates a sound from his vocal chords that often matches perfectly with the dreamy and/or nightmarish soundscapes his songs cook-up.

Plus, with a guest-list as good as the ones he gets, Scott doesn't even have to try and do too much heavy-lifting lyrically. Just have Andre 3000 stop by ("The Ends), throw Kendrick Lamar on an awesome track ("Goosebumps"), and let Young Thug do his trademark weird sing-song style too ("Pick Up the Phone") and you're guaranteed at least enough ingenious material you can get away with a few less-impressive songs ("Coordinate" feels like it drags on forever). Oh, and just as $cott was on Cudi's latest album, Cudi returns the favor and gives us some magic on, "Through the Late Night." Although, whereas the earlier-discussed Cudi has guests sometimes, Scott really does feel like he's depending on them. Even if with all these amazing guests Scott doesn't have to try too hard lyrically, it is nice to see him keep developing as a rapper--albeit slowly. Still, with his sounds, his vocal instrumentation, and some amazing guests, Scott without question gives us an album worth listening to. 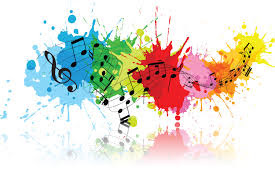 I often seem to complain to friends, family, and anyone who will listen that a lot of today's quote un quote, "New music," isn't as good as stuff from either before I was born or when I was growing up. I know that's a normal thing for people to always think the stuff of, "Today," isn't as good as what we liked in the past, but even if I fall into the mental trap often there clearly is a lot of newer stuff that ain't too bad.
Posted by David Charles Bitterbaum at 2:50 PM