I Attended A Concert Featuring Ben Folds Plus the Saint Louis Symphony and Orchestra Yesterday; It Was Fun! 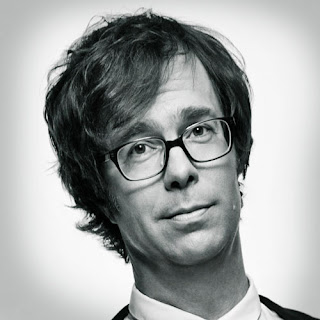 As my title states, yesterday I went to a concert where Ben Folds performed a number of songs while the Saint Louis Symphony and Orchestra accompanied him. My wife and I went (she is a big fan of his) and I found it to be a fun time! As I enjoy classical music a good deal I especially liked it when Mr. Folds did two movements from a Concerto he made a few years ago.

Also, there was a, "Rock that Bitch!" moment, which is how audience members will often yell that phrase at a concert and Mr. Folds in response creates a short song on-the-spot. It is always incredibly impressive to watch someone create a piece of music live, and Mr. Folds did it expertly, assigning various keys and chords to the Symphony and Orchestra before creating a delightfully ominous short piece that had the sound of a Frankenstein's Monster rampaging around the countryside with its low bass sounds and sliding-Xylophones.

It also was especially touching towards the end when he made a speech--which he announced he would be doing with, "I'm gonna make a speech!" Mr. Folds talked briefly about how the Arts are an important part of civilization and that throughout history a city having a Symphony and Orchestra was considered the greatest example of civilization. Mr. Folds discussed how funding the Arts is incredibly important and that, "If you're a fan of civilization, which I am, we need to make sure we support the arts," which resulted the audience laughing and then clapping in agreement.

I enjoyed watching Ben Folds performing with the Saint Louis Symphony and Orchestra, as his performance had material that appealed to pop, rock, and classical-music fans. While I was a little sad he didn't do the hilarious, "Rockin' the Suburbs," song I like, the whole thing was otherwise a good time!
Posted by David Charles Bitterbaum at 3:17 PM